MONDOVI – For the second consecutive season, the Elk Mound volleyball squad has finished with a 7-1 record and in second place in the Dunn-St. Croix conference race behind rival and six-time defending champion Colfax.

The Mounders, currently 21-11 overall, locked down the runner-up finish with a three sets to one road win against Buffaloes of Mondovi in their final conference match last Tuesday, October 9.

Then to concluded the regular-season schedule, Elk Mound traveled to Altoona for an invitational on Saturday, October 13 and finished the day 2-2 with wins against Chippewa High and Osceola and losses to Eau Claire Memorial and rival Colfax.

As Elk Mound looks forward to the WIAA Division 3 regional competition, the Mounders know none of their opponents will be new to them.

Aware that each team has made adjustments and improvements for the volleyball tournament which got underway Tuesday evening, October 16, Elk Mound who hosted Spring Valley looks to get hot in the playoffs.

A Mounders win would put them in a regional semifinal match against the Whitehall-Eau Claire Regis winner on Thursday, October 18 with the regional championship match slated for this Saturday evening, October 20.

The Mounders traveled to Mondovi on Tuesday evening, October 9, to take on the Buffaloes and brought home a win in their final conference game of the season giving Elk Mound a 7-1 conference record.

“We faced Mondovi early on in the season and they were a very different team on Tuesday then they were in August,” stated head coach Samantha Stelter, “at times we weren’t moving fast enough to get ourselves in position on defense … Mondovi certainly earned their set win against us.”

The Mounders powerhouse middle, Morgan Radtke, had an impressive night against the Buffaloes with 18 kills, seven digs, one solo block and one ace as the regular season came to a close for the senior.

Kortnee Halgren and McKenna Diermeier each had five kills against Mondovi on Tuesday, Maggie Bartig contributed four more and Sophie Cedarblade added in three of her own.

“However, I was pleased with out teams ability to bounce back after dropping the second set,” explained Stelter, “we talked before set three about finding that spark and that confidence again rather than playing surprised and hesitant.”

A pair of seniors led the defense for Elk Mound. Kortnee Halgren and Abigail Curry each had seven digs a piece, Hailey Blaskowski and McKenna Diermeier each contributed three digs a piece and Qwynn Tyman and Kaitlin Schiferl tacked on two digs a piece for the Mounders.

Halgren and Tyman pulled off 33 of Elk Mound’s 34 assists against Mondovi and Schiferl added the extra one assist.

“The girls worked hard but we struggled. The nice thing with this group is that they find ways to win and that’s exciting especially heading into post season,” stated Stelter.

Elk Mound’s focus is now turned to fine tuning what they already know and building confidence each night at practice. This way when it comes to game time the girls have no doubt about what they can do as an individual and as a team explained Stelter.

The Mounders headed to Altoona for the last invitational of their regular season and walking away 2-2 with wins over Chippewa High School and Osceola and dropping the ball against Eau Claire Memorial and Colfax.

“I thought we took a step in the right direction getting ourselves back on track for where we need to be heading into playoffs,” explained coach Stelter.

Morgan Radtke led the way for the Mounders with 44 kills in the four games played on Saturday morning, Radtke also put up nine blocks.

Libero Abigail Curry led the way on defense with 33 digs and McKenna Diermeier contributed 25 digs of her own.

“We wanted to use this weekend to fine tune our play, but also take some chances that maybe we wouldn’t in more pressured situations,” stated Stelter.

“We competed well and had some long rallies that our defense really played aggressively through,” commented Stelter, “We’re certainly going to build off of that, and I think the girls are excited for the week and ready to go Tuesday.” 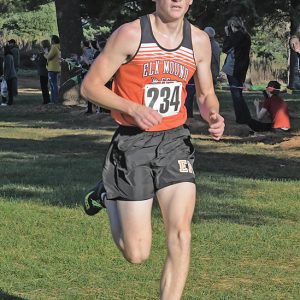