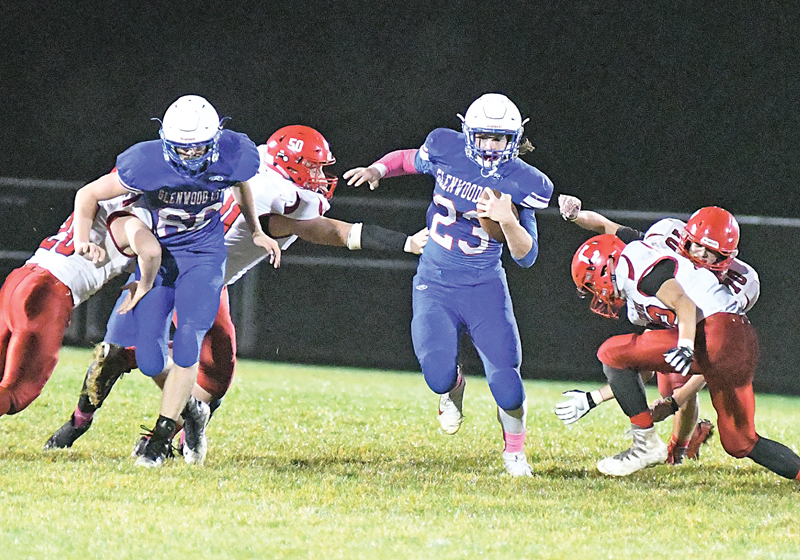 INSPIRED RUNNING — After missing the previous week’s football game with an injury, Glenwood City senior Caleb Petersen, shown making a nice gain against Colfax last Friday, rushed for 206 yards and two touchdowns to lead the Toppers over the Vikings. —photo by Shawn DeWitt

GLENWOOD CITY — A week after Caleb Petersen was sidelined by an ankle injury, the Hilltoppers’ senior running back made a triumphant return to the football field here last Friday evening as he rushed for a career-high 206 yards and two touchdowns against Colfax in a wet and soggy conference clash.

Junior backfield mate Dan Loring added 140 yards on the ground and two more touchdowns helping the Hilltoppers to a happy homecoming celebration following a 28 to 6 victory over the visiting Vikings October 5.

“On offense I felt our backs ran very well and we did a much better job protecting the football,” said Shane Strong, Glenwood City head coach.

“Caleb Petersen gave us a big lift in the backfield,” stated Strong. “He ran determined all night long which was great to see.”

Glenwood City, now 3-2 in the Dunn-St. Croix and 4-4 overall accumulated 466 of its 470 offensive yards on the ground as it snapped its three-game losing skid with the win which also made the Toppers playoff eligible.

The Hilltoppers also gave a much better defensive performance than they had the previous week in a non-conference road loss to Fall Creek.

Glenwood City held Colfax’s potent passing game to just 185 yards and one touchdown and also intercepted Vikings’ quarterback Noah Albricht. The Vikings, who had just 84 yards at the intermission, finished with just 71 yards rushing for a total of 256 yards.

“Dan Loring and Will Owen had nice nights on defense,” noted Strong. “We were not hesitant like we were the week before, we played down hill at linebacker.”

“Coming into this game we knew that Colfax would hit some passes on us. They have a very good quarterback and some talented receivers,” continued Strong.

“We wanted to make sure we tackled well in space to force them to make long drives. We also wanted to take away their running game which we did all night.”

Colfax put that vaunted passing attack on display during the game’s opening drive.

Noah Albricht hit receivers Cole Kiekhafer and Ed Hydukovich for gains of 23 and 27 yards to move the Vikings’ offense inside the Toppers’ 30 yard line. 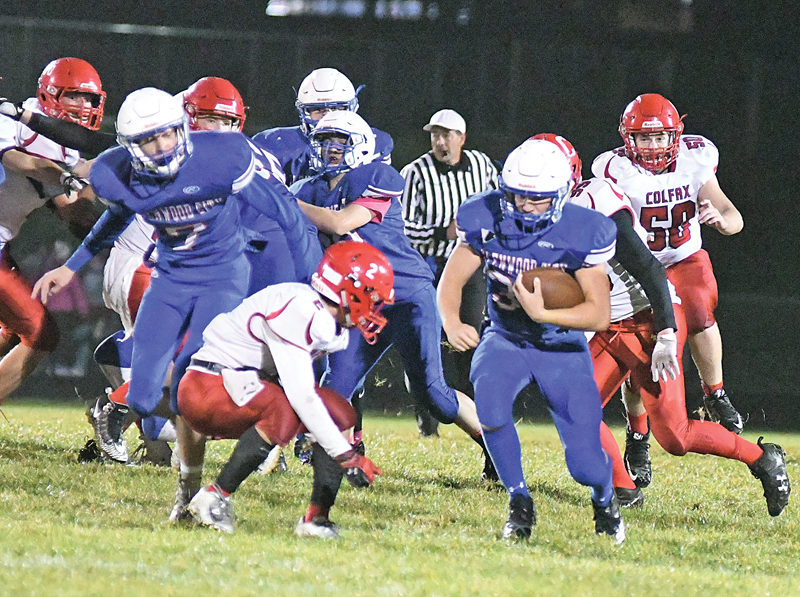 But three plays later, the Toppers’ Tanner Davis intercepted an Albricht pass at the three to end a promising Vikings’ drive. Colfax would not threaten again until late in the fourth quarter.

Glenwood City was unable to move out of the shadow of its own goal and had to punt after three running plays. A nice 64-yard punt off the foot of Hadin DeSmith put Colfax at its own 45.

A costly illegal procedure penalty on first down doomed the Vikes’ second drive and they had to punt.

Taking over at its own 25, Glenwood City began to find its running legs.

Petersen ran for 8 yards on first down and Loring followed with runs of 8 and 6 yards. Dakota Dean-Immerman’s 5-yard carry took the Hilltoppers to near mid-field.

Two plays later, Toppers’ senior signal caller Hadin DeSmith broke off a 25 yard run to the Vikings’ 20-yard line. Consecutive runs of 9 and 3 yards by Petersen gave the Toppers a first and goal at the eight. Glenwood City gained just three yards on the next three plays forcing a fourth and 5. Dan Loring came through busting off the right end for the touchdown with 59 seconds left in the first. Tucker Lagerstrom added the kick to make it 7-0.

Just a couple of plays into Colfax’s third offensive possession, Hadin DeSmith stripped Hydukovich of the ball following a pass completion and recovered the ball at the GC 48.

Following a first down penalty that moved GC back five yards, Petersen took the first two hand offs and ran for 9 yards each time. Dean-Immerman then ran for nine yards himself to the Colfax 30. On the ensuing play, Petersen took the ball and ran 30 yards to pay dirt just 58 seconds into the second quarter. Lagerstrom again added the PAT for a 14-0 Toppers’ advantage.

Glenwood City, however was not done scoring and added a third touchdown prior to halftime.

Following another Colfax punt, Glenwood City needed just four plays to cover 94 yards. On the fourth play of the series, Caleb Petersen broke free from the Vikings defenders and raced 83 yards for his second touchdown of the quarter. Dan Loring ran in the conversion to push the score to 22-0 with 7:45 left in the half.

The Hilltoppers fourth and final score came just two plays and 50 seconds into second half.

Dan Loring took the ball on a second-and-seven play and rumbled 69 yards for his second touchdown of the contest. Despite a missed conversion pass, Glenwood City held a 28-0 lead.

The score remained unchanged until late in the fourth quarter when the Vikings Dalton Schotter recovered a fumble on the Toppers 44. Two plays later, Albricht connected with Trey Hovde on a 44-yard strike for Colfax’s only points of the night. A missed conversion try left the final score at 28-6 in favor of the home team.

Besides Petersen and Loring gaudy ground numbers, Dean-Immerman  tallied 41 yards, Hadin DeSmith (who was just 1 for 4 for 4 yards passing) finished with 38 yards and Ethan Hanson chipped in for 34.

Glenwood City will close out the conference and regular season in Elk Mound this Friday. The Toppers will need to shut down senior Brady Redwine, who ran for 360 yards and seven TDs in the Mounders’ 61-0 win over Altoona last week, if they hope to upset the league-leading Mounders, who share the top spot with Mondovi and Spring Valley. 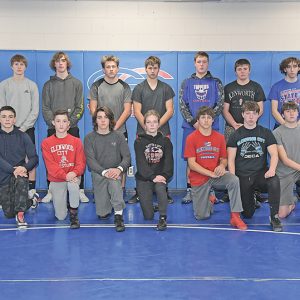 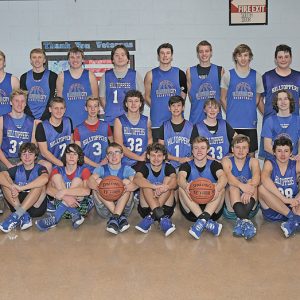 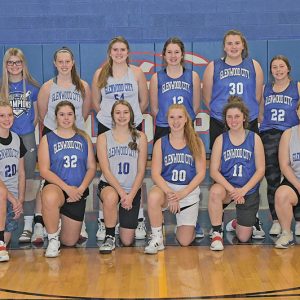