While the first quarter saw the Mounders hold the two-time Division 4 state finalists and 2016 State Champion St. Croix Central Panthers to only six points, Elk Mound was unable to generate much offense or any points throughout the first half of play in last Friday’s game in Hammond.

“We played a great team, now we need to get better for our conference opener,” commented Coach Lew.

Blaze Todd led the way for the rushing game against the Panthers on Friday evening, putting up 62 yards in his four rush attempts.

Second quarter would be the toughest one for the Mounders as they allowed St. Croix Central 29 points before the half would end.

During the third quarter Brady Redwine would find his way into the end zone. Redwine ran for 36 yards in 12 attempts to score the only touchdown of the game for the Elk Mound team.

Rian Flynn and Jake Mentzel got into the mix for the Mounders adding in 12 yards to the rushing game in three attempts to move the ball to the red zone.

Brett Lew helped  the defense during the game with eight total tackles against a strong Panthers offense.

Helping Lew out on defense Brady Redwine and Mason Close had ten tackles between the pair and one forced fumble.

Elk Mound will open their conference schedule this Friday, August 31 with a home game against Mondovi at 7 p.m. 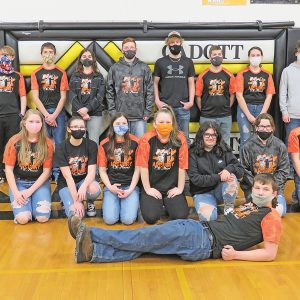 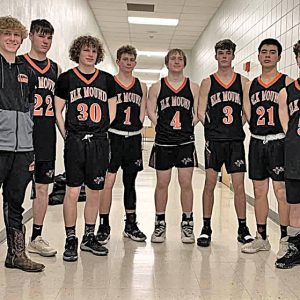