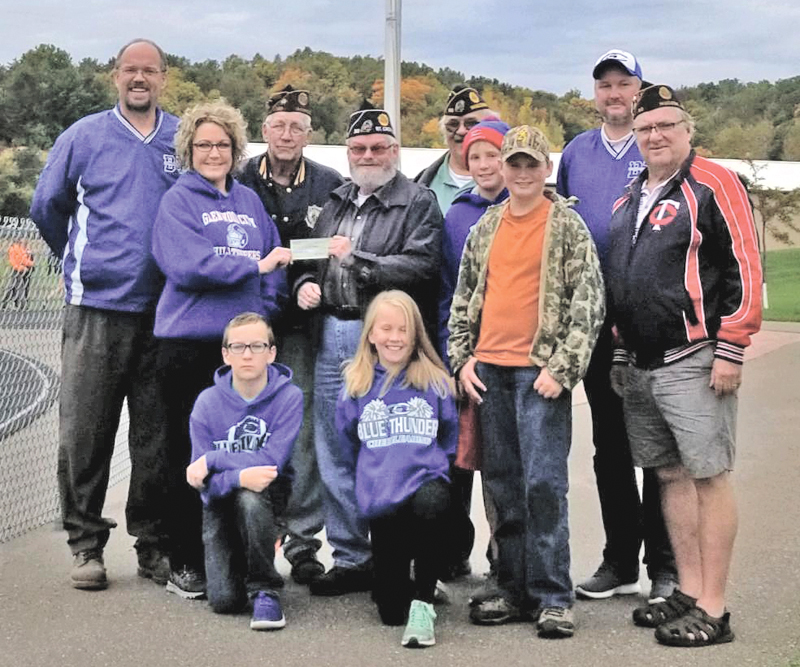 Each year, Legion members in St. Croix County host a golf tournament.  This is their only fundraiser, and all proceeds go to benefit youth in the county.  Programs that have received donations include state and county Special Olympics and the St. Croix County 4-H club, as well as our own Glenwood City Rec Program.

Blue Thunder offers football and cheerleading opportunities for local children in grades 1-6.  While based in Glenwood City, the program is a private non-profit, separate from the school district.  This allows the program to be open to other children from other school districts.  The 2018 season had 96 athletes from Glenwood City, Clear Lake, St. Croix Central, and Baldwin-Woodville.  Blue Thunder relies on concessions at their games and donations to raise funds for their program.  The program’s concession coordinator, Sheila Swenby, is credited for obtaining the bulk of donations the program receives each year.