COLFAX — If it was not enough that the Vikings lost the bulk of their varsity boys’ golf team to graduation in 2016, they also have no returning players.

But, maybe a rookie coach and his nine newcomers can have an impact in this year’s Dunn-St. Croix matches.

Brett Prince, Trey Gullikson, Trevor Seston and Andy Buckley left the team after the 2016 season, and left no players behind to replace them. Colfax’s new coach, Mike Dombrowski, does not seem bothered by the loss since he has a group of newcomers with a passion for the game.

“We have a lot of enthusiasm, but not a lot of experience,” Dombrowski explained.

Of the new players, junior Treyton Teige is the one with the most experience. He will be joined by seniors Bryce Fransway and Trenton Anderson, another junior, Richard Stehling, sophomores Wyatt Olson, Tyler Blodgett and Dennan Fogarty, and freshmen Boden Bergeson and Brad Thompson.

Dombrowski named Teige, Stehling, Bergeson, Olson, Fransway and Anderson as the players with the most potential in 2017. He and his team are using this season to rebuild the boys’ golf program.

“We really just want to create a fun and great golfing and team experience,” Dombrowski said.

The Vikings will host the first DSC match this season at the Whitetail Golf Course April 6. They will take a few days off before heading to Mondovi’s Valley Golf Course April 10. Colfax will head to Spring Valley April 13 for its third conference match of 2017. 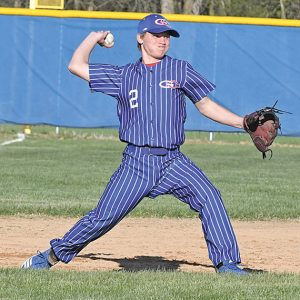 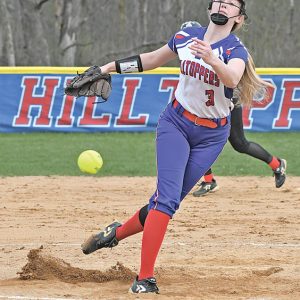