The Boyceville High School Drama Department is set to perform their first production of the year, Cafe Murder on November 4th and 5th. This is an interactive production with dessert and beverages served beginning at 6:30 and the show starting at 7. As always, the performances will be completely student-run, from the lights and sound down to the stage management.

Director Ben Simmerman says he has an abundance of talented young students getting involved in the program this year. “We lost a lot of our seniors last year who held the lead roles, so it’s great to see some of our underclassmen stepping up to fill their shoes. I’m excited to watch them grow and succeed on stage this year,” said Simmerman. Adding to the challenge of this play, the audience has the opportunity to interview the characters partway through the show to figure out who the murderer is. Students who are working as wait staff will also take on a character as they serve.

Tickets to the show are $6 for adults and $4 for students and seniors and include pie and ice cream, a beverage, and the show. The shows are likely to sell out, so call the high school office at 715-643-3647 to reserve your seats soon! 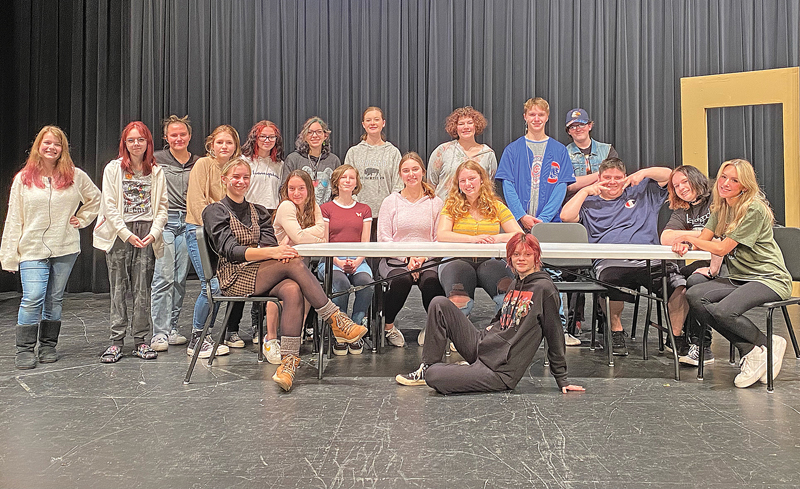 MURDER MYSTERY — The Boyceville High School Drama Club will be presenting the one-act murder mystery entitle, “Cafe’ Murder” on Friday, November 4 and Saturday, November 5 in the Boyceville Gymatorium. Pcitured above are cast members of the play. —photo submitted