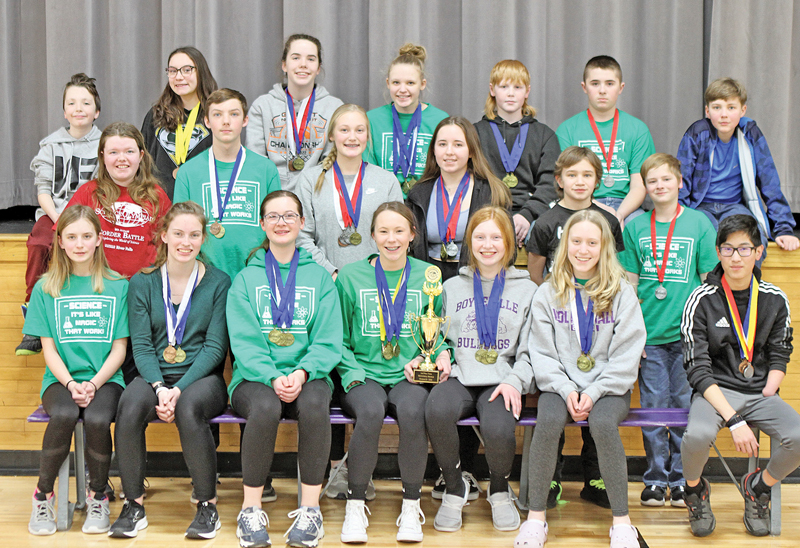 BOYCEVILLE – Boyceville’s Middle School Science Olympiad team won 13 events on their way to a second place team finish this past weekend at the West Regional Tournament held at Boyceville Middle School.  Boyceville set a new school record of winning 13 events, surpassing the record of 11 set in 2019.  Boyceville also set a record for lowest team score in school history at the regional tournament.

“Our kids have worked so hard and I am very proud of all of their accomplishments” said Boyceville Science Olympiad head coach Andy Hamm.  “I am so proud of all of the efforts of all of our students as well as the dozens of volunteers who helped make this tournament possible.  It was so much fun to compete in person in Boyceville again and this would not have been possible without all of the volunteer help.  We now look forward to the state tournament in a couple of months at UW-Stevens Point.”