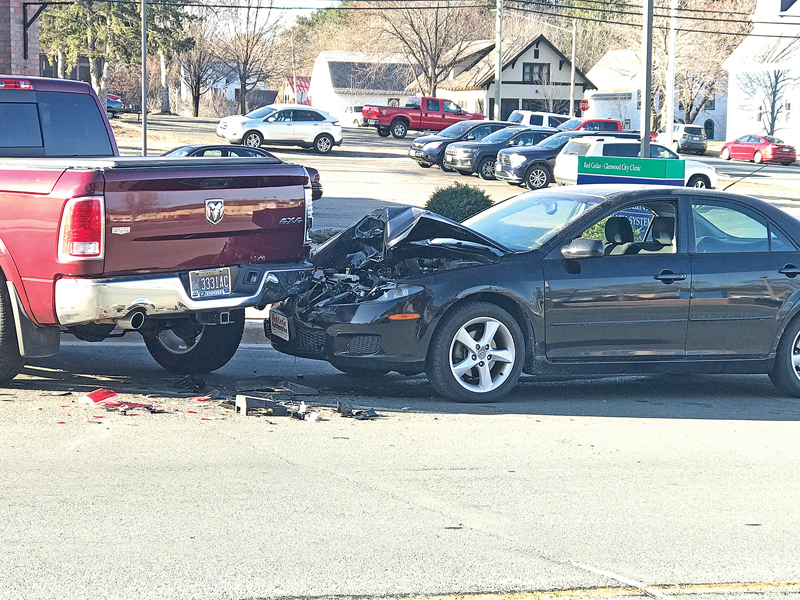 OAK STREET ACCIDENT — A car being driven by an unidentified young man struck a parked pick-up truck on Oak Street in Glenwood City Thursday morning, April 1. The accident occurred around 8:20 a.m. in front of the Mayo Clinic building in the 200 block of East Oak Street. Apparently the young driver, who was driving east along Oak Street, became temporarily blinded by the sun and struck the parked pick-up truck owned by Glenwood City area resident Brian Ormson who was waiting inside the clinic for an appointment. The Tribune Press Reporter contacted the St. Croix County Sheriff’s Office, who handled the accident scene, for more information on the crash but had not received a response prior to Tuesday’s printing deadline. —photo by Shawn DeWitt

Koosmann named 2021 Firefighter of the Year