GLENWOOD CITY — Two members the Glenwood City Schools’ English department were on hand at the Monday, October 12 meeting of the Board of Education to give members an update on the first few months of the district’s retooled English Language Arts (ELA) curriculum for the sixth through twelfth grades.

David Popko, who teaches English for 9th and 11th grades along with college preparatory courses, and middle school English and match teacher Emily Minor addressed the board on the improved ELA curriculum that their department has spent several months creating, purchasing, organizing and implementing for the 2020-21 school year.

High school/middle school principal Patrick Gretzlock prefaced the duo’s presentation to the board saying, “For the last couple months where we (the board and administration) have talked about upgrades to our ELA and about the process that I brought before you, and pages upon pages of composed purchasing of texts, we’ve had an opportunity now for the course of better than a month to actually put it all into practice versus it being idealistic.”

“So, I have asked for David and Emily and really the entire ELA department to generate a presentation to show you the impact that this decision to provide a new direction, and probably a less-than-traditional direction with what we typically look at when we talk about with curriculum upgrades,” continued Gretzlock. “I wanted them to bring you a bird’s eye view of what they get to see and what they get to do everyday.”

“Contacts of David and Emily are typically filled with, I am hoping are very genuine levels of enthusiasm and the impact this is already having in a very short period of time,” added Gretzlock. “ I am optimistic that we can build on that as we move forward. I am hoping that their presentation tonight will give you the same level of optimism that they have already shared with us.”

Popko addressed the board first saying, “That this, the curriculum upgrade, all started as sort of a coincidence between Mr. Gretzlock asking me to work on the Department of Public Instruction’s Teacher Leaders Network at the same time that we were looking at updating the English Language curriculum.”

“As part of that network, we were orchestrated under Sheila Briggs, the assistant state school superintendent, and we met four times a year on Zoom before Zoom was a thing. She encouraged us, among a number things, to push toward what they call “high-quality instructional materials”, which they had done a audit of state-wide curriculum and decided a great deal of curriculum being taught throughout the state, not necessarily at our district of course, was neither age appropriate or not rigorous or was overlapping with other curriculum. So, through those Zoom discussions we were encouraged to evaluate how we were doing things in a way that would help clear up how we engage students.”

Popko said that one of the resources that the network encouraged them to work with primarily was a site called Edreports.org, and to look at what the state considers high-quality textbooks and to take a look at the 20 ELA textbooks that are out there and that it’s essentially a grading system.

“The site allows you to compare each textbook with a grade across four categories,” Popko continued. “What we did is looked across these in both the middle school and high school dynamic for score and picked one we thought was pretty good, and also feed into something that we did in the high school especially with some AP work later on.”

According to Popko, the textbook that they began to focus on was called “Springboard” This is produced by College Board, which also produces the SAT.

Popko said that he along with the district’s other English department teachers – Megan Finley, Cassandra Prieve and Minor – worked together to look at this textbook. While they were impressed with it, subscribing to the textbooks would be surrendering a lot of control over the district’s curriculum. The cost would have been four times what the original cost for the upgraded program was, and they were also concerned with the loss of individual choice in the local curriculum so that each teacher could convey the passion that they wanted to convey.

The four then audited the books and pulled what they liked from them to build their own core text structure and a supplemental structure influenced by Springboard, so that the units could be enhanced rather than doing a wholescale replacement.

“We did this primarily based on Lexile Level system that allows people to read at their own level and we encourage them to have a thematic focus,” said Popko.

After all this was done, the department ended up with a text index, coordinating the curriculum from sixth grade all the way to 12th grade, making sure some books were repeating and students will have multiple opportunities to read them.

In the end, Popko said the Glenwood City ELA department ended up with about 63 core texts from 6th through 12th grades and 550 individual titles.

Emily Minor took the board through the changes in the middle school program.

The board also heard monthly reports from the administration.

Pupil Services and Special Education director Nicole Brite updated the board on the school district’s day care programs – Tiny Toppers and Hilltopper Hangtime. She also noted that program director Beth Davis had applied for and received a pair of grants for $550 and $5,450.

The board and administration team including Brite, elementary principal Betsy Haltinner and high school/middle school Patrick Gretzlock engaged in a lengthy discussion about the Coronavirus and school absence due to positive tests and/or close contact with someone that has tested positive. Currently, four students in the 6th through 12th grade are out due to close contact.

Superintendent Tim Johnson asked the board to approval additional funds from Community Education and Fund 46. The board will vote on this at their October 26 meeting.

In other action, the board:

• Approved a $5,000 donation to the Topper Partnership Plan from Larry and Ellie Mousel. This is the seventh year that the couple have given such an amount to the TPP, bringing their total giving to an amazing $35,000. 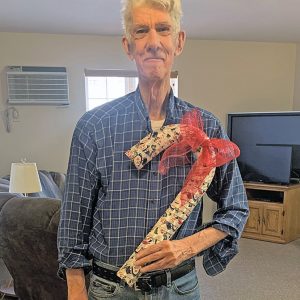 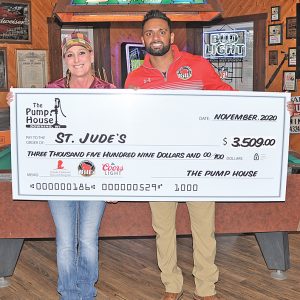 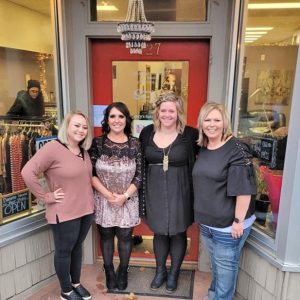 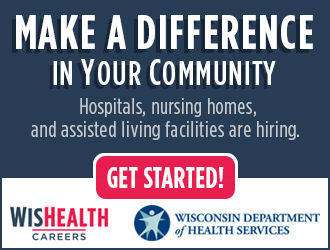