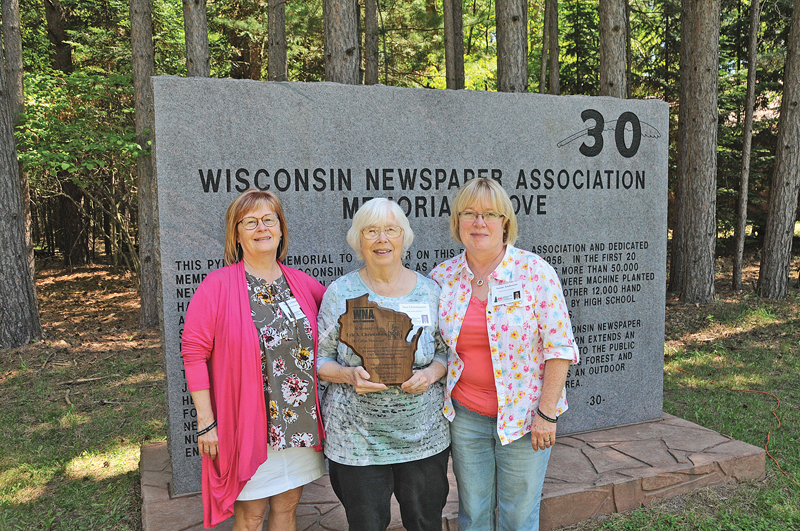 Eagle River, WI — Lyle Christianson, former editor and publisher of the Colfax Messenger was enshrined on the Memorial Pylon at the Wisconsin Newspaper Association’s Memorial Grove at the Trees for Tomorrow in Eagle River.

According to information released at the ceremony, “Lyle was a staunch supporter of his hometown, and was known to write editorials chastising residents for not shopping local. He was also a strong advocate of open meeting laws.

Lyle was one of a dozen members of the Newspaper Association that passed away last year that were honored at the June 7th Memorial Pylon Ceremony. Also honored was Lee Edward Henschel, editor and publisher of the Blair Press. Henschel worked for the Christianson’s before purchasing the newspaper in Blair.

Lyle’ wife, Inez and two daughters, Susan and Peggy attended the ceremony as did Carlton DeWitt the current publisher of the Colfax Messenger.

The Pylon inscription tells the story of the Newspaper’s involvement at the Trees for Tomorrow and states: “This pylon is a memorial to members of the Wisconsin Newspaper Association who have died since the association began its forest south of Eagle River in 1958. It is dedicated in memory of those who have contributed to the advancement of journalism in the state and helped make the Press Forest a reality. In newspaper tradition the number 30 is typed at the end of a story. That number on this pylon serves as a symbol of the end of their careers.”

Members have attended tours at Trees For Tomorrow since 1947. In 1958 they purchased land south of the city to illustrate how abandoned fields could be managed to grow a tree crop and become productive.

The 78-acre tract was purchased by the association and dedicated in 1958. In the first 20 years more than 50,000 trees were machine planted and another 12,000 hand planted by high school students.

“The Wisconsin Newspaper Association extends an invitation to the public to tour its forest and use it as an outdoor study area.” 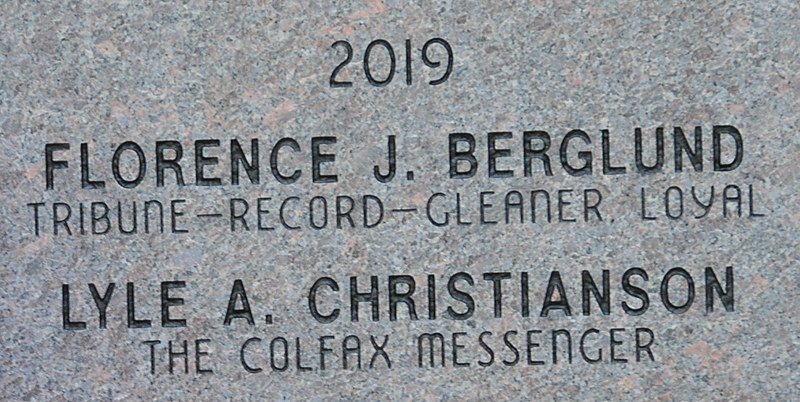 Drive with caution as school buses return this fall