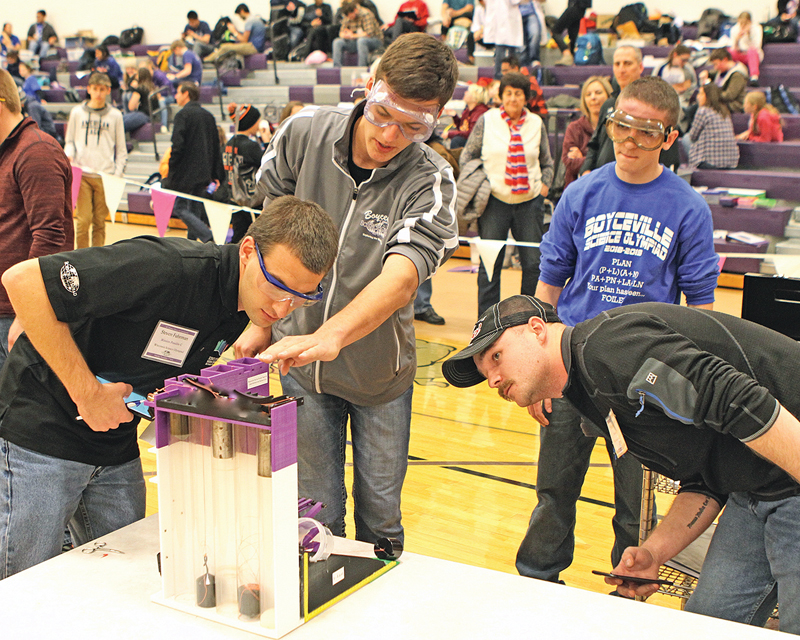 BULLDOGS’ junior Cade Klefstad and sophomore Nathan Corr competed in the Mission Possible event, where competitors have to build a device that performs multiple tasks in a given time. Klefstad explained how it works to the event judges. The duo earned first place at Saturday’s tournament held at Boyceville. —photo by Steve Duerst

Silver medals were earned by Evenson, Pelikan, and Jasmine Windsor in Experimental Design, Jasmine Windsor and Sarah Kapsner in Forensics, Klefstad and Corr in Geocaching, Connor Sempf and Corr in Mousetrap Vehicle, Brady Helland and Corr in Wright Stuff, Sempf and Grade Edlin in Aerodynamic Challenge, Austin Hatfield and Logan Wuorenma in both Aerial Scramble and Boomilever, and Tanner Anderson and Madison Andrews in GeoLogic Mapping.

Bronze medals were earned by Evenson and Timper in Anatomy & Physiology, Reisimer and Rasmussen in Boomilever, Evenson, Edlin, and Brandon Nunnery in Code Busters, Pelikan and Noelle Wheeldon in GeoLogic Mapping, and Jensine Boesl and Cholponai Batyrbekova in Wright Stuff.

Fourth place medals were earned by Sempf and Helland in Aerial Scramble, Rachel Becker and Timper in Circuit Lab, Evenson and Timper in Disease Detectives, Nunnery and Rachel Becker in Fermi Questions, Rasmussen and Hatfield in Aerodynamic Challenge, and Libby Bygd, Ella Holden, and Ali Ruhnke in Experimental Design.

A fifth place medal was earned by Helland and Pelikan in Astronomy.

Sixth place medals were earned by Helland and Corr in Boomilever, Noelle Wheeldon and Emma Bygd in Sounds of Music, and Libby Bygd, Holden, and Ruhnke in Protein Modeling. 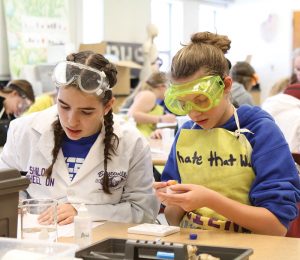 CRIME BUSTERS is a CSI-style event that has the students performing various tests, including chemical testings of unknown powders. Shown in the photo above are Boyceville 9th grader Shiloh Wheeldon and 7th grader Mariah Marvin as they analyzed their test results. The pair earned a silver medal for their work. —photo by Steve Duerst

Silver medals were earned by Shiloh Wheeldon and Marvin in Crime Busters, Brady Mast and Treylin Thorson in Battery Buggy, Aerodynamic Challenge, and Elastic Launch Gliders, Farrell and Moore-Kamuti in Density Lab, Luke Becker and Peter Wheeldon in both Dynamic Planet and Fossils, Taheton Downey and Becca Wyss in Mystery Architecture, Farrell and Kersten in Roller Coaster, Gabby Nelson and Sydney Garbe in Thermodynamics, and Wold and Marvin in Water Quality.

Bronze medals were earned by Logan Windsor and Levi Becker in Circuit Lab, Benson and Logan Windsor in Herpetology, and Peter Wheeldon and Coombs in Thermodynamics.

Fourth place medals were earned by Wold and Lauren Becker in Anatomy & Physiology, and Alan Sorensen and Nathan Jensen in Roller Coaster.

Fifth place medals were earned by Naomie Braget and Selene Evenson in Crime Busters and Benson and Shiloh Wheeldon in both Picture This and Write It, Do It.

Sixth place medals were earned by Kersten and Peter Wheeldon in Geocaching, Wyss and Downey in Roller Coaster, and Emily Fetzer and Delaney Olson in Crime Busters. 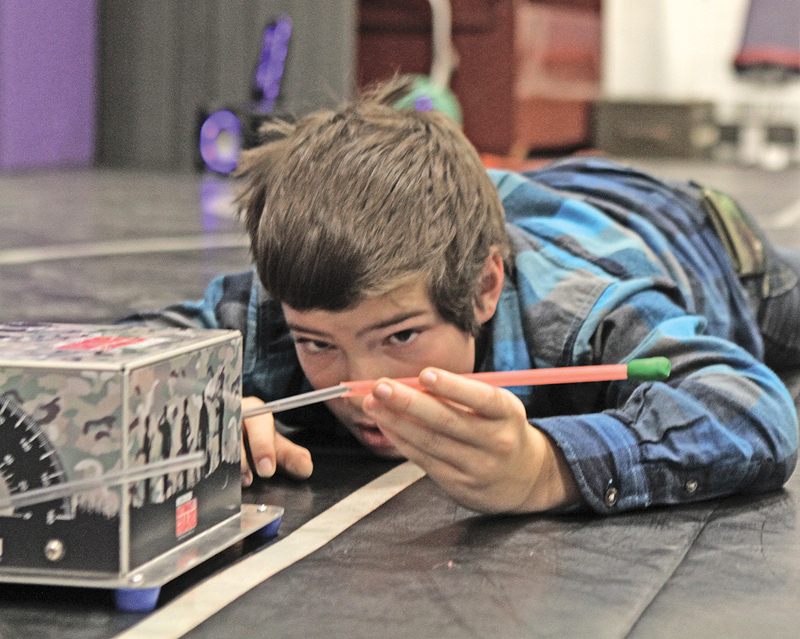 BOYCEVILLE 7th grader Brady Mast is shown making final adjustments to a projectile in the Aerodynamic Challenge event. Students use a compressed air launcher and are scored for accuracy and distance. Mast earned a silver medal in the challenge. —photo by Steve Duerst

The Boyceville Science Olympiad program would like to thank all of the participating teams and coaches, the custodial staff, the teachers/staff/faculty of the Boyceville Community School District, and all of the other volunteers who made this event possible.