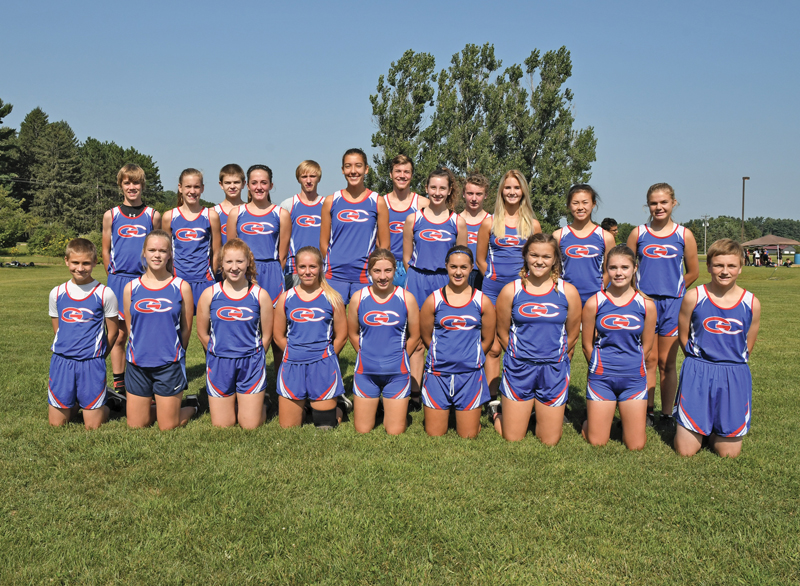 GLENWOOD CITY – Nine year head coach, Matthew Schutz is dealing with two very young running teams as there is but one senior between the Hilltopper boys and girls cross country teams this year.

The 2017 girls cross country team won both the Dunn-St. Croix Conference & Sectional Championships and placed 9th out of 16 teams at the State Cross Country Championships. It was the girls’ third conference win over the last four years and the fourth straight appearance at the state meet. As for the boys, they placed fifth in the conference and eighth in the sectional.

With these accomplishments also went many of the runners. Four of the girls they lost due to graduation were Elizabeth Wink, Makayla O’Brien, Emma Scholler and Megan Speiser. They also lost their three exchange students from last year. On the boys’ side Matthew Bauman and Jacob Nadeau were lost to graduation. Nadeau was second team all conference last year.

With the loss of so many to graduation Schutz also lost the teams leaders who were hard workers and very competitive on the course.

Returning this year for the girls are Izzy Williams, Emily Bethell and Gabby Moede who were amongst the top runners from last year. Coach Schutz states, “All three were a part of the top seven runners that led the team to the successes they had.  Izzy was our top girl runner as Emily was injured toward the end of the season and had to miss the state meet due to a hip injury.   As for her injury, she is back and is getting back into shape as she was still recovering over the summer as well.  We are hoping that the injury is behind her.”

As for the boys, Jabin Hojem was the Topper’s number two runner last year and he will look to lead the team of eight boys, five of which are freshman. He placed 16th at conference last year.

Those also returning from last year include Myah Eliason, Hanna Strehlo, Annika Bauman and Alex Swanepoel for the girls and Elijah Simmons and Henry Wallin for the boys. With a large group of freshman out for the team, Schutz will be looking to them to fill some of the gaps from the loss of last year’s seniors.

For the girls, Schutz will be looking at Bella Simmons who placed in the top ten of her middle school races last year. He will also be relying on Samantha Peterson and Kendall Schutz who finished in the top 15 of the Dunn-St. Croix middle school conference meet last year.

For the boys Thomas Moede was a standout middle school runner finishing in the top 10 in many of his races last year. Schutz is hoping for big things from Austin Nelson who is new to running this year. Schutz comments that he has a runner’s body and is athletic.

When asked about the team’s strength and weaknesses, Schutz said that the number of girls (14) out for the team is a plus. Also the girls have some experience, returning three all conference runners. He also states that the new freshman are willing to compete. As for weaknesses there is less depth on the girls’ team this year. They have big shoes to fill which may be difficult for this young team.

The boys’ strength lies in their willingness to work hard and compete. Their weakness is their young age, lack of runners and lack of experienced leaders. “They will need to grow up fast” remarks Schutz.

Schutz’ goals for his girls’ team is that they continue to do what they have done over the last four years. He states “we have the talent, but we will need freshman and previous returning runners to step up and try to replace the depth we lost from last season.” He goes on to say “if we stay healthy we should again be very competitive as a team.”

As for the boys, Schutz comments, “they will need to stay positive and support one another as the first few meets will be challenging. They will have to work throughout the season to continue to drop times and learn how to run smart and efficient.” He is hoping that there will be some surprises by the time they get to the conference meet in October.

Assisting Schutz with the coaching duties this year for both the high school and middle school programs are Angela Williams and Will Rosenow.