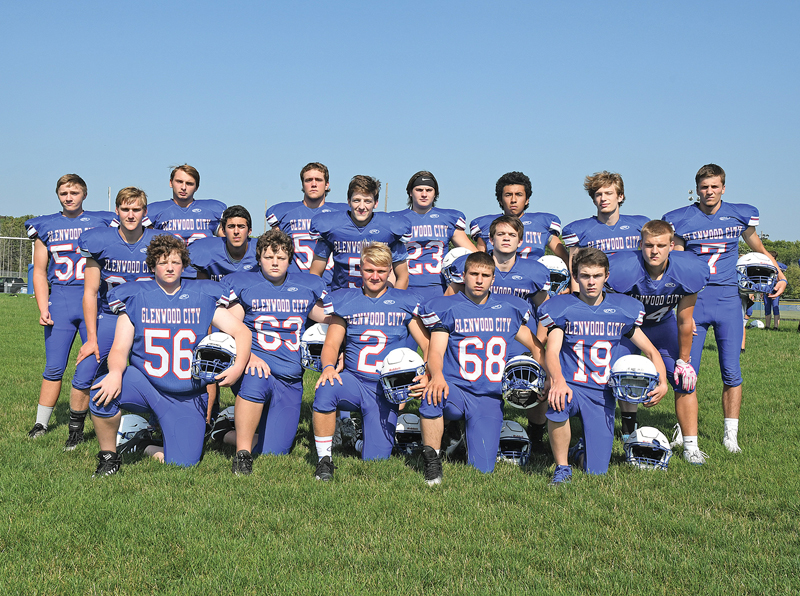 GLENWOOD CITY –  Coach Shane Strong has faith in his Hilltoppers’ football team to have a good year as they start the 2018 season.

With a 4-5 overall record and a conference record of 2-4, the Hilltoppers fell short of earning a playoff berth in 2017.

In his 10th year as coach with a record of 56-38, Strong is waiting to see which players will be stepping up this season to lead the Toppers’ team.

The team has eight returning letter winners that Coach Strong believes will be able to help rebuild the team after losing the core of their offensive and defensive line to graduation this past May.

Hilltopper quarterback Pete Hill was one player to walk the stage, and his numbers were impressive to say the least. Finishing his season with 75 completions and 1244 yards he managed to put up 9.1 yards per attempt.

Offensive players Jake Kopacz who averaged eight yards per carry in 113 attempts, Jake Nelson in 89 rush attempts put up 710 yards, along with defensive player Carson Strong who managed to have an impressive year with 75 tackles.

Will the returning team be able to build from such a loss in skilled players?

The answer is in returning players like Hadin DeSmith who is stepping into a new position for the Toppers. “He has good speed and is mentally tough,” Strong commented. With 28 tackles and one reception last year DeSmith will switch gears to return as quarterback.

Caleb Peterson and Bryce Fayerweather will look to lead the defensive line for the team with a combined 47 tackles between the pair. “He (Peterson) put on 15 pounds in a year and has become faster than when he was a junior. As for Fayerweather, he has worked really hard and become a leader for our team,” commented Strong.

Dakota Dean-Immerman and Ethan Hanson add speed and experience to the offense, both players will start at fullback. Dean-Immerman had 45 rushes for 216 yards in his eight game appearances. Hanson managed, in his four varsity appearances, 105 yards per carry.

Looking to help the defense with depth will be returning seniors Will Owen and Tanner Davis. Davis made an impact in the 2017 season with 25 tackles and four extra point attempts. Owen managed 10 tackles for the Hilltoppers’ in his six varsity games.

There will be some players moving from the JV to the full-time varsity roster as well for the 2018 season: Dan Loring, Ethan Hanson and Harrison Chouinard all with a promising outlook. “I’m confident they will perform well this season. They are focused on each other and reaching our goals as a team. The attitude has been outstanding to this point,” according to Strong.

Chemistry and unselfish players strengthen the team as they get closer to the first game of the season.

Improving every day through practices, drills, successes, and lessons Coach Strong emphasizes that everything matters except statistics. “Statistics mean nothing, we want to score more points than the team we are playing on Friday night,” he said.

Strong does know they will face some top competitors this season in teams like Spring Valley, with returning quarterback and most of their line. Elk Mound with double the numbers of any team in the league, and Mondovi with the most skilled team returning in the conference.

Glenwood City will open the season this Saturday, August 18 with a noon-time game against Darlington at the Galesville-Ettrick-Trempealeau (G-E-T) High school football field.

The Hilltoppers will host the Amery Warriors on Friday, August 24 for their home opener in another non-conference battle. Rival Boyceville will come to Glenwood City on August 31 for the Dunn-St. Croix conference opener.