We had our 50 men head to Green Bay over the weekend to participate in the Mens State Bowling Tournament. I haven’t gotten any firsthand knowledge on scores, but heard there was excellent bowling.

I’ll update some scores in next week’s Rockpile.

Saturday Nite Mixed League had their championship roll-off over the weekend. It was a shootout between “Kroxtrodd” and “The Pack”. The Kroxtrodd crew out bowled The Pack to take the championship. The winning team consists of Tracey and Todd Petersen and Roxi and Kevin Croes. Congrats!!

Ben Krosnoski put up his second “700” series of the year last week on the Hometown League. Ben rolled a nice 704. Good job, Ben!!!

• 1953 – Dr. Jonas Salk announced that he successfully tested a vaccine against polio.

• 1964 – The Kennedy half-dollar coin was issued. It was made of pure silver the first year, then switched to copper-nickel alloy the next year.

In a crowded city at a busy bus stop, a woman who was waiting for a bus was wearing a tight leather skirt.

As the bus stopped and it was her turn to get on, she became aware that her skirt was too tight to allow her leg to come up to the height of the first step of the bus. Slightly embarrassed and with a quick smile to the bus driver, she reached behind her to unzip her skirt a little, thinking that this would give her enough slack to raise her leg.

Again, she tried to make the step only to discover she still couldn’t.

About this time, a large Texan who was standing behind her picked her up easily by the waist and placed her gently on the step of the bus.

She went ballistic and turned to the would-be Samaritan and screeched, “How dare you touch my body! I don’t even know who you are!”

The Texan smiled and drawled, “Well, ma’am, normally I would agree with you, but after you unzipped my fly three times, I kinda figured we was friends.”

Birdie with a yellow bill, hopped upon my window sill, cocked a shining eye and says, “How did you do when you fell into the oil…well???” Bee Boop!

The week’s Rockpile Readers of the Week: Shannon and Darren Tuttle of Glenwood City, Wisconsin. 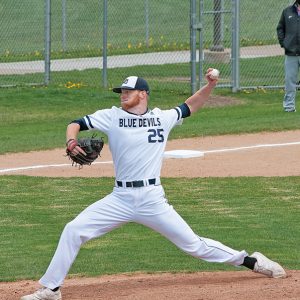