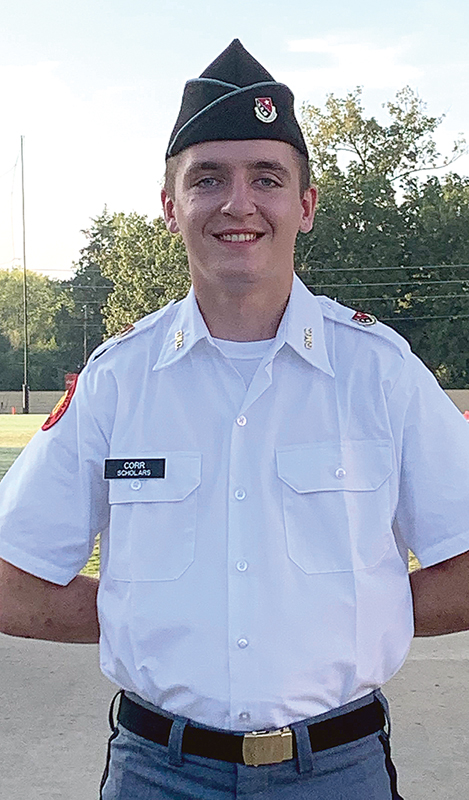 NATHAN CORR of Boyceville has accepted an appointment to the US Coast Guard Academy. —photo submitted

“The United States Coast Guard Academy announced that Nathan C. Corr from Boyceville, WI has been recognized for superior academic achievement and leadership potential. Nathan who graduated from Boyceville High School has accepted an appointment to attend the Coast Guard Academy and will be sworn-in as a mernber of the Class of 2026 on June 27, 2022.

Admission to the Coast Guard Academy is highly competitive and fewer than 400 appointments are offered annually from a pool of over 2,000 applicants. Cadets receive a full tuition scholarship and monthly stipend for a five year service commitment to the Coast Guard upon graduation. All graduates receive a Bachelor of Science degree and are guaranteed a position of leadership as a commissioned officer in the United States Coast Guard.

Nathan is the son of Joshua and Amy Corr and grandson of Craig and Sharon Formoe from Boyceville and Thomas and Jill Corr from Menomonie.