WAUNAKEE – Wisconsin School Music Association (WSMA) proudly announces the 336 middle school and high school students and large ensembles identified by adjudicators for “exemplary performances” in State Solo & Ensemble at one of 10 university locations on April 30, May 6 or May 7.

From over 6,800 vocal and instrumental solos and ensembles scheduled at the 2022 WSMA state festivals, 336 were selected as “exemplary” in the Exemplary Performance Recognition Project. State festival adjudicators identified the most exceptional performances at each of the state festival campuses through a two-step process:

Step 1. Nomination: Throughout the day, adjudicators had an opportunity to nominate a limited number of performances that were truly exceptional  – beyond what is typically expected.

Step 2. Final Selection: At the end of the day, each adjudicator selected the most exceptional performances to receive the exemplary recognition from among those nominated.

Selected students and schools receive a certificate from WSMA in recognition of outstanding performance at the state festival.

Those selected from Colfax High School were: Theo Hovde who had the exemplary music-theatre solo. He sang “Put on a Happy Face” from Bye, Bye Birdie.

For more information on WSMA State Solo & Ensemble and the Exemplary Performance Recognition Project, including all who were nominated and selected, go to wsmamusic.org. 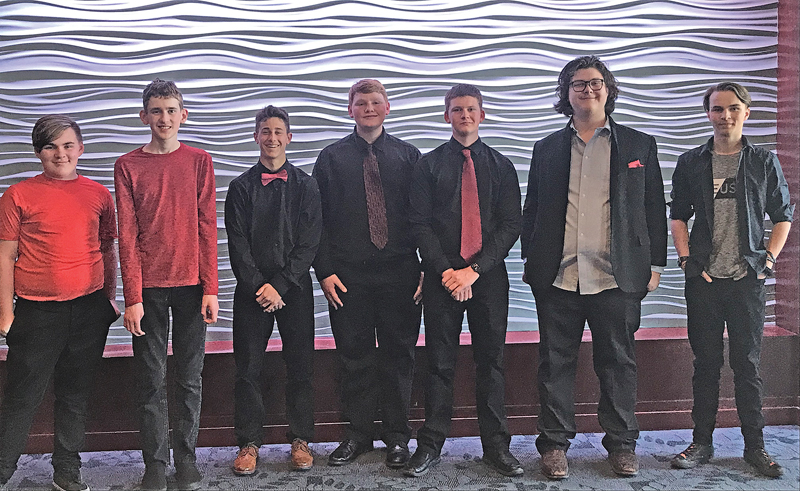