Ryan Albricht introduced the current members, and Alana Smith spoke about the requirements for NHS.

Mariah Smith talked about the founding of NHS, and Catherine Zons spoke about what it means to be in the National Honor Society.

Jillian Bowe presided over the pledge for National Honor Society.

Alex Swanson gave the closing for the ceremony.

Bruce Fransway and the Colfax food service staff made the desserts for the reception afterwards. 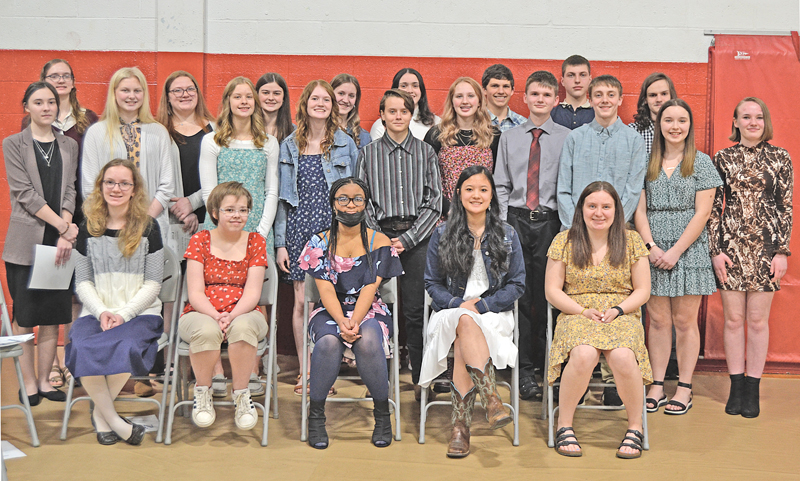