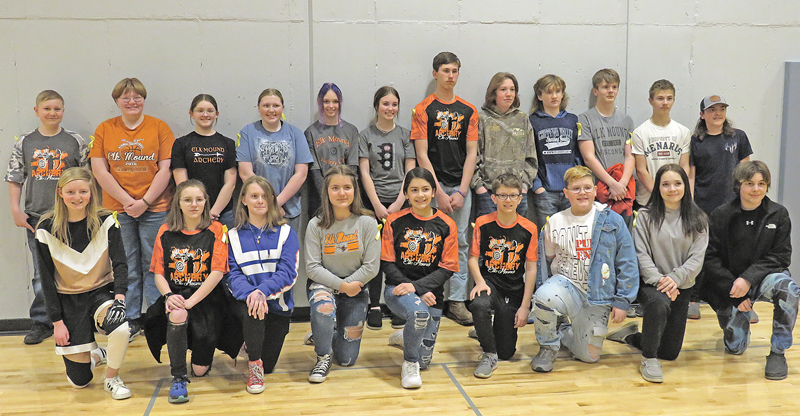 42 ELK MOUND archers participated in a benefit shoot on March 10th, for fellow archer Chance Peters, who is being treated for an aggressive form of osteosarcoma. Chance has been an archer with the Elk Mound team for five years. They were privileged to have Chance in attendance. Several other schools in the state are also participating in the benefit tournament. Medford has been especially involved by selling “Cancer Doesn’t Stand a Chance,” bracelets and sending a giant get well banner signed by area archers. Different groups in Elk Mound have sold sweatshirts, t shirts, and bracelets with the same slogan. An online auction was also held. All the proceeds from these fundraisers go toward support of the family. Pictured above is the Elk Mound High School Archery Team with Chance Peters (shown fifth from the left in the back row). —photo submitted