Tiffany was elected as representative of the 7th Congressional District in a special election May 12, 2020, to replace Congressman Sean Duffy, who resigned from the position the previous September.

Tiffany and Zunker both ran for representative of the 7th Congressional District in the special election in May.

Tiffany previously served as a Republican state senator. He owned and operated Wilderness Cruises for 20 years. He is a former supervisor on the Little Rice Town Board and served on the Oneida County Economic Development Board of Directors.

Zunker is a law professor who serves as an associate justice on the Ho-Chunk Nation Supreme Court and is president of the Wausau School Board.

Schachtner won a special election in 2018 in the 10th Senate District to replace Sheila Harsdorf when Harsdorf went to work in the Scott Walker administration. She erves as the St. Croix County medical examiner and has previously served on the Somerset school board and the Star Prairie Town Board.

Stafsholt has served two terms in the state Assembly and is a fourth-generation farmer and a business owner.

The 29th Assembly District covers in Dunn County the Towns of Lucas, Menomonie, Stanton and Tiffany, and the Villages of Boyceville, Downing and Knapp as well as the City of Menomonie and parts of St. Croix County and Pierce County.

Calabrese ran for representative of the 29th Assembly District in 2018 and lost to Stafsholt.

Moses is a chiropractor in Menomonie.

Calabrese operates a woodworking business and serves as a supervisor on the Dunn County Board.

DATCP designates over 88,000 acres as Ag Enterprise Areas, some in Dunn County 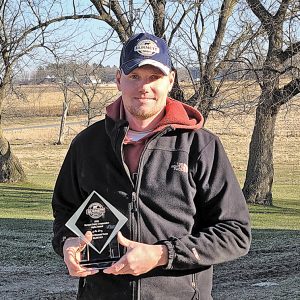