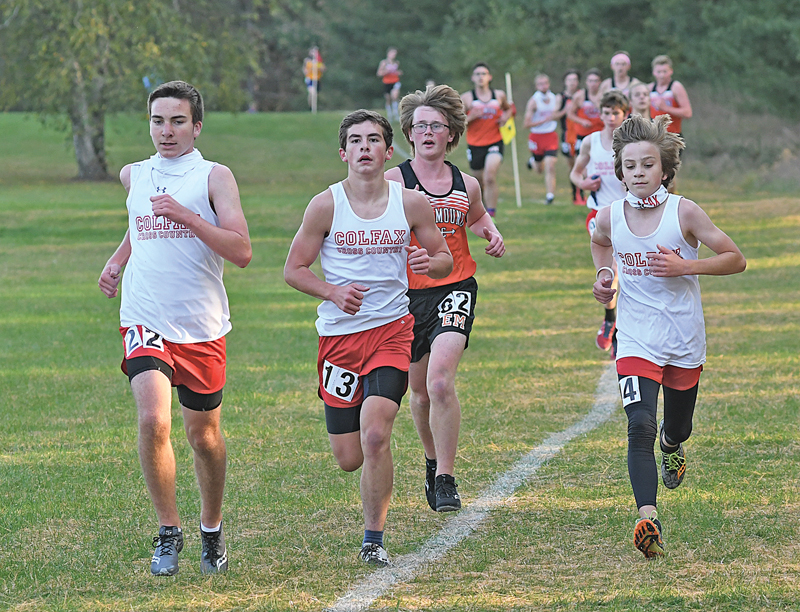 COLFAX — It seems the Colfax girls’ cross country team may be peaking at just the right time – tournament time.

With the conference meet slated for this Thursday and the subsectional and sectional tournaments for next Tuesday and Saturday, October 20 and 24, the Lady Viking harriers won their first (and the final) Dunn-St. Croix East Pod meet held at Whitetail Golf Course last Monday, October 5. 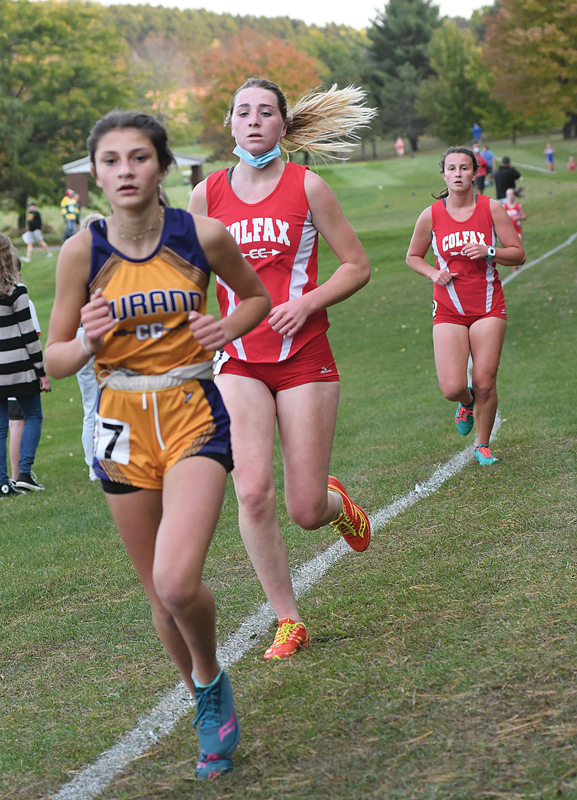 “The big meets are coming up with the conference meet next Thursday at Durand. These are the meets that are really important and you want to be at your best,” said Colfax head coach Joe Doucette.

Colfax’s girls edged out state-ranked Durand by a single point – 26 to 27.  Elk Mound’s girls came in third with 71.

The Colfax boys scored 50 points to finish in second place behind the powerhouse Elk Mound, who ran away with its fifth straight east pod boys’ title after scoring a low of 27 points, Durand tallied 65 points.

“The girls won the four-team meet and the boys were second in maybe our best meet of the year,” stated Doucette. “The girls beat state-ranked Durand for the first time this year. Durand has not been totally healthy for a while but it is nice for us to beat a very good team and win a meet.”

Molly Heidorn was money once again for the Colfax ladies.

The sophomore won her fifth straight east pod race cruising around the Whitetail course in 20:22.68 for the gold medal. Runner-up Kendall Hagness of Durand shaved some time off her last race but still finished nearly 30 seconds behind Heidorn. 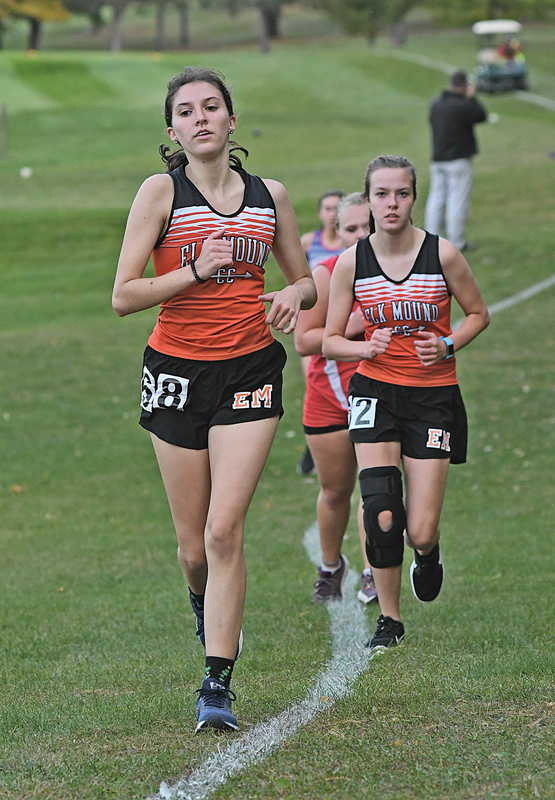 “Molly Heidorn was very good again as was Aynsley and Jasmine but the emergence of a healthy Jaycey Bowe has given us a chance to be pretty good,” stated Doucette.

Senior Noah Heidorn once again was Colfax’s top racer for the boys’ team last Monday. Heidorn copped a fourth-place showing with a time of 18:46.60 on the 5,000 meter Whitetail course.

“The boys have really improved and are closer together,” noted Doucette. “Jarod Loew has joined us and has been our five runner, he is a great kid and has a lot of potential.”

The Elk Mound boys captured five of the top nine finishers in the October 5 race at Whitetail. 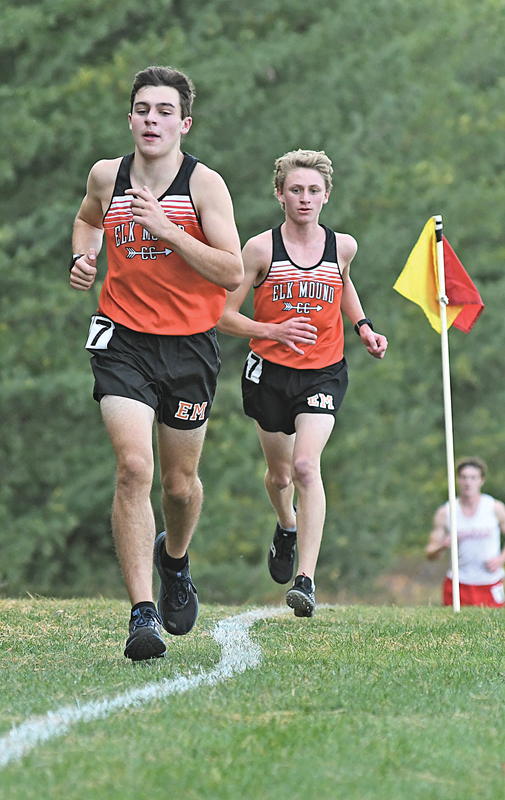 Combined, those five runners gave Elk Mound a low score of 27 points for its fifth consecutive team win in as many east pod races.

The Mounders also had a plethora of other competitors in the race – another dozen to be exact.

In the final middle school race of the season, Elk Mound’s Ellie Schiszek and Allie Robel finished first and second respectively in the 3,200-meter girls’ race. Schiszek turned in a winning time of 12:15.98 while Robel copped second with a time of 13:06.47.

On the boys’ side, Theo Hovde took the gold while teammate Charli Charbonnaeu placed third. No times for the boys were listed.

Both Colfax and Elk Mound will be heading to Durand’s Rolling Green Golf Course this Thursday, October 15 to run in the Dunn-St. Croix Conference championship meet. Running will begin at 4:30 p.m. with the boys race, followed at approximately 5:00 p.m. by the girls’ race. Currently, all eight schools, both the west and east pods athletes, will run together in the same races.

Due to COVID-19, a subsectional race has been added prior to the sectional meets in order to limit the number of runners that will be competing at one site. Each subsectional site will feature up to 12 teams with half running in race one for boys and girls and the other half competing in race two.

Colfax and Elk Mound will be competing in different divisions.

The WIAA had not released any information, as of this past Monday, October 12, on the criteria to be used to determine what teams and individuals will be advancing to the sectional meets to be held Saturday, October 24 in Durand for Division 3 (a change from TCE in Boyceville) and at Barron for Division 2. Check the WIAA website at www.wiaawi.org for the latest information.