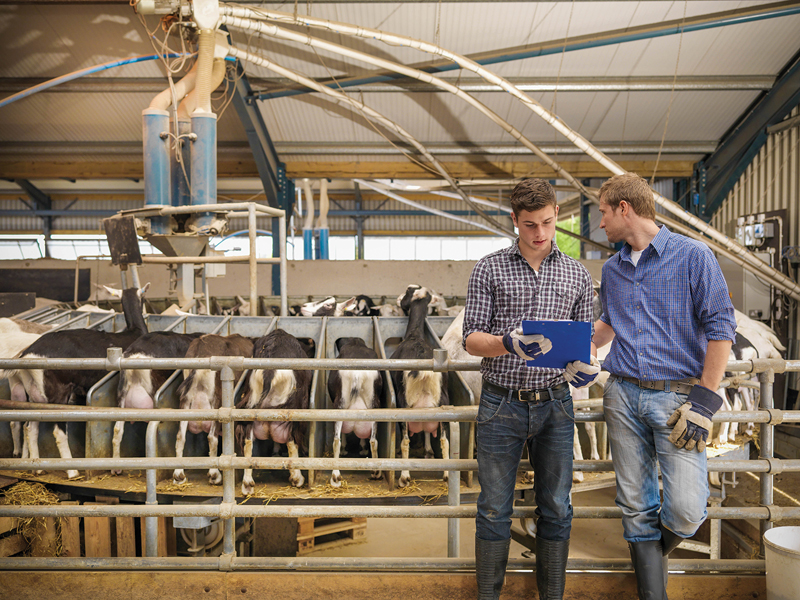 On April 2, the Ellsworth Cooperative Creamery sent letters out to the local farmers stating they would be better off to quit dairy farming by receiving the equity in the cooperative for the years 2010 to 2019.

Dairy farmer Chris Van Dyk, New Richmond, said there would be no point in selling his cattle as they would get very little for them.

Van Dyk has been a dairy farmer for the last 20 years, and stated he did not know what the equity price would be if he attempted to get out of the cooperative.

“We have no where else to go because all the big creameries are full,” Van Dyk stated. “And anywhere else is either almost full or going bankrupt.”

For larger farms, such as Dean Wink, the impact and ramifications will be worse than 2009 in regards to the estimated $12 mailbox price which includes the premiums for the next two months.

Wink’s farm is located seven miles west of Glenwood City and he has been farming since the early 90s.

“A huge amount of product is going unused because of the decrease in demand for milk, as well as the demand for cheese products by restaurants,” Wink explained.

Wink stated that the creamery had lost 65 percent of their revenue when one of the larger retailers had backed out of the order, that led to the 45 percent drop in pricing.

Farmers, according to Wink, are not able to shut down production, and that for a farm like his the cut in gross revenue can be lower than another farmer.

The year started out to be the best farmers had seen in the past four, but the coronavirus has them heading in a downward spike that rivals the year 2009 when prices dropped to $10.50.

“If there continues to be milk dumping, we could see the premium price drop another 60 cents to $1.20,” Wink explained.

Wink explained in order to pay for his day-to-day operations he will have to look at taking out a loan upward of $50,000 for the month.

“It can’t stay that way for long,” Wink said. “Dairy farmers are use to doing that for a little bit at a time, but this is uncharted waters.”

But in regards to the letter sent out by the creamery, there is not enough time for dairy farmers to make the decision to sell their cattle as they were given until April 15 to do so.

“Most sale barns have said not to send your cattle because no one is wanting to buy them,” Wink explained. “The prices for cattle has even dropped 30 to 40 percent.”

Dairy farming is a capital intense business and at times it can be looked at as “robbing Peter to pay Paul,” according to Wink, and they could see prices drop down to where they were in the 1970s at about $10.