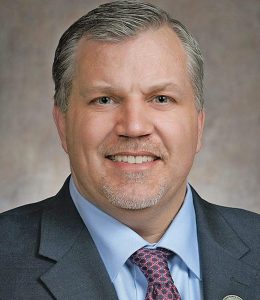 The Glenwood City Tribune Press Reporter sent out a questionnaire to the candidates and here is Mr. Stafsholt’s responses:

From your point of view, what are the top three issues facing the state of Wisconsin and how would you approach those issues?

Stafsholt stated after knocking on doors and talking with people it is clear the three issues Wisconsin faces are health care, education and the worker shortage for local businesses.

• Health Care: To Stafsholt this is at the top of the list because he hears about this on a daily basis. Families and business owners are scared that they will not be able to afford quality insurance for their children and employees.

“If I am re-elected, I look forward to working with colleagues on both sides of the aisle to address healthcare costs, accessibility and transparency in pricing,” he stated. “I am also committed to ensuring that pre-existing conditions will always be covered in Wisconsin.”

• Education: Stafsholt said with a daughter that attends the New Richmond public schools, he is very concerned with the education all of the kids receive. In his first budget cycle, Stafsholt stated he was happy to vote for an additional $600 million of funding to schools. When averaged out, it is $404 per pupil over the biennium, and the dollars go straight to the classroom, he stated.

• Worker Shortage: With the lowest unemployment rate that Wisconsin has ever seen, he is thrilled that everyone who wants a job has a job, but local businesses are suffering because they cannot fill their open positions. Stafsholt has worked to improve worker training programs, apprenticeship programs and other measures to ensure that the workforce is ready for the future and able to fill those jobs in the communities.

What are the top three issues facing the 29th Assembly District? If the issues for the state and the 29th are the same, talk a little bit about some aspect that is different for state-wide versus assembly district.

His belief is the same issues that the state faces the 29th Assembly District faces as well. Though issues are the same, each portion of the state has its own unique problems and circumstances to deal with on these issues. Healthcare is different here in rural communities compared to larger urban areas in the state, according to Stafsholt.

“Because of our proximity to the Twin Cities, but not being in the State of Minnesota, there are actually very few options for us to choose from for health insurance,” stated Stafsholt. “We need to find ways to bring more providers to this area to bring down costs by increasing competition.”

According to Stafsholt education is similar – rural schools face different issues than urban schools do. Ensuring that are rural schools have the tools they need is a priority.

He stated he is more than happy to take constituent calls, emails, or in-person meetings to discuss issues that face the district.

“I have always had an open-door policy for constituents to let me know how they feel on any issues. Please do not be hesitant to reach out to my office with any concerns,” Stafsholt said.

Is there anything else you would like the residents in the 29th Assembly District to know?

Stafsholt commented it has been an honor and privilege to represent the needs of the area at the State Capitol. If given the opportunity to represent the area again, he will continue to fight for Northwestern Wisconsin and the shared values.

“My constituents are not just my constituents – they are my friends, neighbors and family,” he explained, “when I go to Madison, I try to be our voices for our interests and needs up here in Dunn and St. Croix Counties.”

No interest loans available to help with home repairs