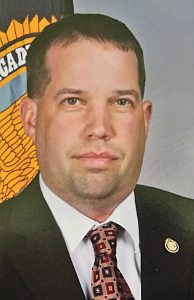 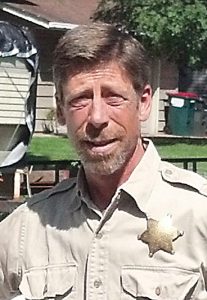 The Glenwood City Tribune Press Reporter sent out a questionnaire to the candidates and here are their responses:

Scott Knudson currently resides in the Town of Somerset, but didn’t make his way to Western Wisconsin until 1987 when he moved here from North Dakota. He attended and graduated from Somerset High School and moved on to attend college at the University of Wisconsin-Stout.

Knudson received his law enforcement certification from Chippewa Valley Technical College in Eau Claire, and in recent years he has attended the Northwestern School of Police Staff and Command as well as the FBI National Academy.

Over the last 14 years Knudson has had the opportunity to supervise the canine unit, the county Emergency Response Unit (ERU) and there are currently 85 employees he oversees at the Sheriff’s office.

Marion Shaw has lived in St. Croix County for 22 years residing on the eastern edge of Hudson, and has been serving the Town of Hudson as a member of the Hudson Area Joint Library board and as a member on the Board Of Adjustments in Hudson. He has been professionally employed with the same company for 26 years. He believes his experience and management strength will be an important aspect of the office.

What is your experience in law enforcement?

• Knudson: He is finishing his 23rd year with law enforcement after being hired back in 1996 by Sheriff Paul Burch, where he started his career working in the jail. After starting at the jail, he moved on to work out on patrol and with the canine unit before spending six years as Chief Deputy in St. Croix County.

In July of 2017 Knudson was sworn in as Sheriff of St. Croix County by Governor Scott Walker. He feels his experience in the areas of the jail, court services, crimes scenes, and civil process are imperative to running a Sheriff’s office.

• Shaw: His experience is in the knowledge of our constitutions and management of people. His belief is these are valuable gifts the Sheriff needs to execute his office for the benefit of the people. The constitutional sheriff is elected by the people to protect them from the unconstitutional laws of the government explained Shaw.

What are you hoping to do as the Sheriff of St. Croix County?

• Knudson: stated he is running for the St. Croix County Sheriff’s position in order to continue to have an impact on social issues as they relate to public safety. He has been working hand in hand with health/ human services, Criminal Justice Collaboration Council (CJCC), area representatives and local hospitals to find ways to reduce the amount of mental health transports across the state.

Knudson also has plans to look in to ways of helping those addressing the substance abuse issues, as well as continuing to educate youth with programs such as the Top Secret Project in high schools and coordinate the Stop Drugs Calendar.

“I want to find ways in how best to serve the population suffering from mental health issues in the community and those that are incarcerated,” Knudson commented.

• Shaw: stated he is running as a Constitutional Sheriff for St. Croix County and believes the duty is to organize justice and enforce laws, with wisdom and knowledge. Shaw explained the Sheriff’s responsibility is to protect the citizen is based on the Constitution, and Common or Natural Law, with the understanding that “nothing” can supersede the US Constitution.

It is Shaw’s goal as Sheriff to maintain the very Republic which they envisioned so that ALL citizens will have the freedoms and protections that have been granted to us by God.

“Our founding fathers created this Republic and it is our responsibility to maintain their vision of a ‘perfect’ country,” Shaw stated.

Drug Take Back Day is October 23