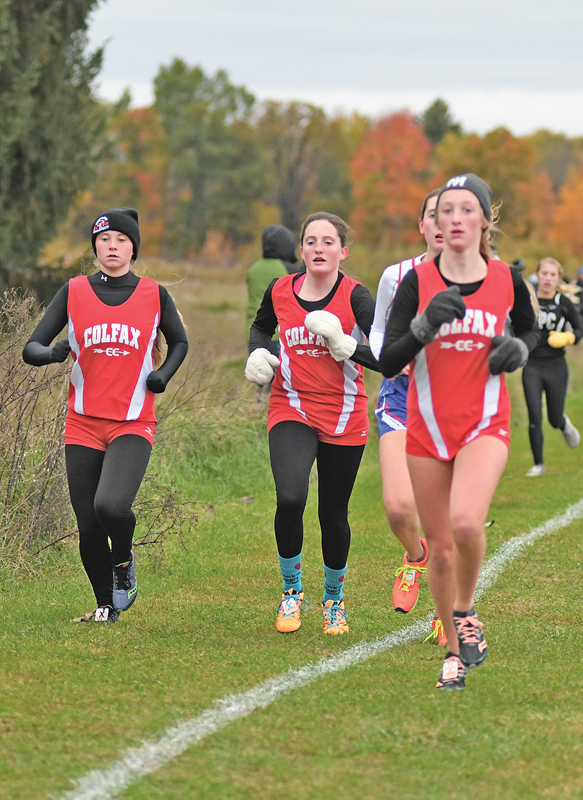 “We knew coming in, the Dunn St. Croix was full of good teams and all the teams ahead of us ran well also,” commented Colfax head coach Joe Doucette. “We had hoped coming in that someone would struggle and we could jump up a spot or two, but everybody was tough.”

For the Viking boys, Thursday’s conference meet was their best race finishing third with 83 points behind winner Elk Mound (43) and runner-up Durand (46).

Elk Mound made a clean sweep of the event, as the Mounder girls copped the championship beating defending champion Glenwood City by a single point, 44 to 45. In fact, just two points separated the top three girls’ squads as Durand placed third with a score of 46.  The Lady Vikes took a fourth place finish with as the matched their boys with 83 points.

Senior Luke and sophomore Noah  Heidorn were Colfax’s top boys’ runners as they finished back-to-back in tenth and eleventh place respectively with times of 18:29.84 and 18:31.30. The brothers both took home second team all-conference certificates. It was Luke’s third time earning all-conference honors. 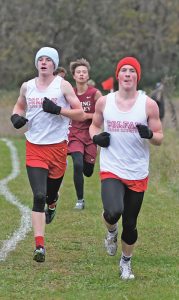 “We really wanted Sawyer and Trevor to make it and they were close, and Dennis keeps improving also,” stated coach Doucette.

“The boys have a chance to finish high at sectionals in ten days, Chippewa McDonnell is a heavy favorite,” explained Doucette, “but from there it is wide open if the boys can continue to improve and run a great race.”

The Colfax girls ran well with three of their runners finishing with personal bests explained Doucette. “Everyone is excited and improves a lot as they fight for Conference championships and state berths,” stated Doucette.

Jasmine Best was a solid runner for the Vikings’ finishing in tenth place to earn second team all-conference honors. Best  timed of  the course 21:49.55.

Erica Kallstrom, a three time all-conference runner, returned on Thursday but with a 25th place finish and a time of 24:01.19 showed she is still having some issues with her knee. Doucette explained when Kallstrom is healthy she has won the race before, also stating he was proud of her for battling and doing the best she could.

“If Erica gets healthier and everyone keeps improving we could finish in the top five,” Doucette commented. 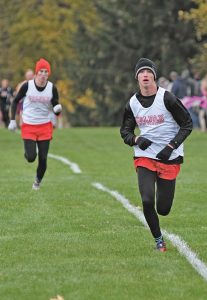 HEADED to the finish of last Thursday’s conference cross country meet in Boyceville were Colfax’s Sawyer Best (front) who placed 17th and Trevor Rothbauer (back) who took 18th. —photo by Shawn DeWitt

“We congratulate Elk Mound they ran great in both races to win tough tight battles, they are very deserving champions full of great kids,” Doucette stated.

The Vikings will have ten days to rest before returning to Boyceville this Saturday, October 20, for the WIAA Division 3 sectional meet. Racing will begin at 11 a.m. with the boys’ race. The top two teams along with the first five individual finishers that are not part of a state qualifying team will advance to the State Cross Country Championship In Wisconsin Rapids on Saturday, October 27.