TOWN OF HOWARD  —  The Town of Howard sent out nearly one hundred letters to town residents informing them of the public hearing on the proposed Albertville Valley sand mine.

The first public hearing on the mine license application from Northern Sands Wisconsin LLC was scheduled for October 8 at 6 p.m.

Northern Sands Wisconsin is proposing to develop a 1,300-acre frac sand mine southeast of Colfax that would stretch north and south along the Chippewa County and Dunn County line directly east of the intersection of county Highway N and county Highway A.

About 20 people attended the town board meeting.

The Northern Sands Wisconsin mine license application is posted online on the Town of Howard’s website.

A report from SCS Engineers about the proposed frac sand mine also is included on the township’s website.

The procedure for the public hearing will involve Northern Sands making a presentation about the proposed sand mine and addressing the engineering issues identified in the engineers’ report, Koshoshek said.

After Northern Sands completed their presentation, the Howard Town Board would then ask questions, and following the town board, residents would have an opportunity to give their comments with a time limit of five minutes per person, he said.

People attending the hearing will be asked to fill out a card if they wish to speak and to indicate if they are speaking in favor of the sand mine, speaking against the sand mine, or whether they are neutral. The moderator will attempt to rotate for and against and neutral, Koshoshek said.

The hearing would continue until everyone who wished to comment had an opportunity to speak, he said.

Following the public hearing, the comments will be reviewed so that issues can be identified, Koshoshek said.

Before the Howard Town Board considers whether to issue a non-metallic mine license for Northern Sands, one more public hearing will be held, he said.

The second public hearing will deal with the developer’s agreement that incorporates the township’s non-metallic mining ordinance, Koshoshek said.

Two weeks prior to the second hearing, notices will be sent out to again that will include the proposed developer’s agreement, he said.

For anyone who is not within a half mile of the sand mine, the developer’s agreement and the proposed non-metallic mining license will be posted on the Town of Howard’s website, Koshoshek said.

At that point, people will be able to ask questions of the town board, he said.

The Howard Town Board is now more than halfway through the mine licensing process, noted Vernon Schindler, town chair.

The Howard Town Board meets next on November 13.

The original deadline for Northern Sands to submit the reports required by the reclamation plan to Chippewa County Land Conservation was July 31, 2016, but the deadline was extended to December 31, 2017.

Chippewa County sent a letter to Northern Sands in March of this year regarding reports that had not yet been submitted. 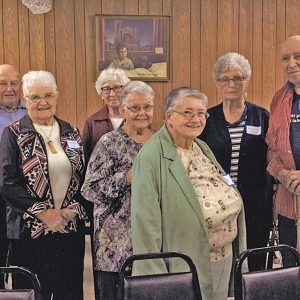