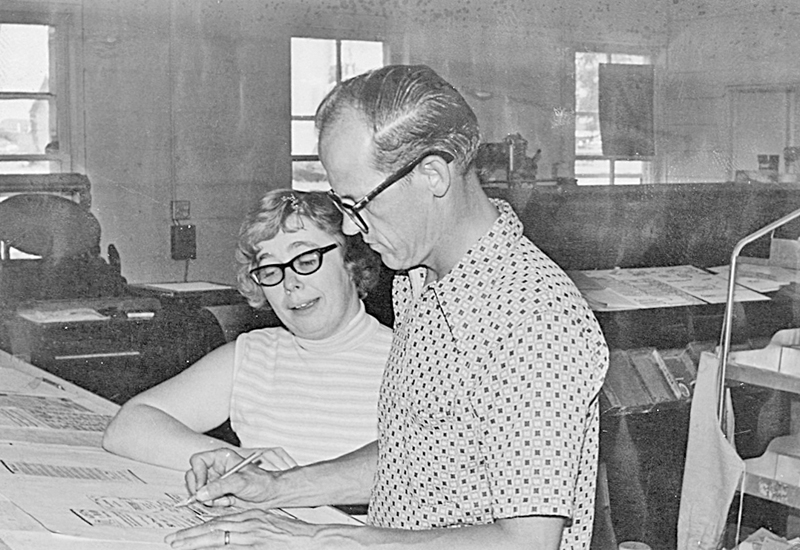 PARTNERS — Lyle and Inez Christianson working on the Colfax Messenger not long after the Messenger moved to the building on Railroad Avenue where it is still located today. —photo submitted

COLFAX  —  It is with a heavy heart the Colfax Messenger must report on the death of Lyle Christianson, former owner, editor and publisher of the Messenger for nearly 30 years.

Lyle died September 4 at the age of 82 of prostate cancer.

Lyle and Inez Christianson owned and operated the Colfax Messenger from 1968 to 1995.

The Christiansons purchased the Messenger from Ken and Helen Reed and sold the Messenger to Ellis Bloomfield, who owned it for a few years before selling it to current owner and publisher Carlton DeWitt.

Lyle graduated from Colfax High School in 1953 and started working for the Reeds while he was in high school.

For a number of years after selling the Messenger, Lyle did job printing for the Messenger, using offset presses and ink to make posters, envelopes, letterhead, business cards, and school calendars for Colfax and Boyceville.

You could often go back in the shop and find Lyle mixing ink to achieve the right color or find him hovering over the press, making sure it did not miss a sheet of paper or an envelope.

Sometimes, if it was “one of those days,” the press might even take two at a time.

You could also sometimes find him leaning over the light table, peering at a negative.

The popcorn bags were, for a while, both the bane and the pride of Lyle’s existence. The old envelope press did not necessarily like the popcorn bags as well as it liked envelopes, but Lyle coaxed it into printing the popcorn bags and everyone was happy — Kyle Kressin, owner of Kyle’s Market, the fans at the Colfax Vikings basketball games, and of course, Lyle.

One of Lyle’s last print jobs was a run of the dart ball score books. There are still a few dart ball teams around, and while they do not need to buy score books very often, every time someone calls the Messenger office about dart ball books, well — we’ve still got them. 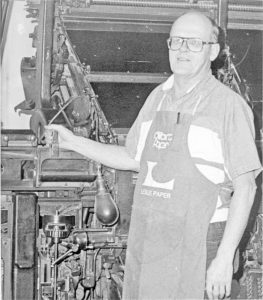 From time to time, Lyle liked to talk about his horses, too.

As is true of every horse owner, there is one in a lifetime who is a little extra-special.

For Lyle, that horse was Jiggs.

One year, Lyle and Jiggs rode in a championship show at State Fair Park in Minnesota.

The announcers, he said, went on and on about a mare in the show who was the fastest barrel-racer and pole-bender they’d ever seen.

As it turned out, Jiggs was faster.

Lyle and Jiggs won the championship at pole-bending.

Sometimes, after completing a print job at the Messenger office, Lyle would ask for a ride home.

The distance between the Messenger office and his house was only four or five blocks, but decades of standing on concrete had taken its toll on Lyle’s knees and lower back.

One time, a riding helmet needed to be moved off the seat before Lyle could get in the truck.

Lyle looked at the helmet for a moment.

“Back in my day, we didn’t wear riding helmets,” he said.

“We should have. It’s a good idea. Why take a chance on a head injury?” 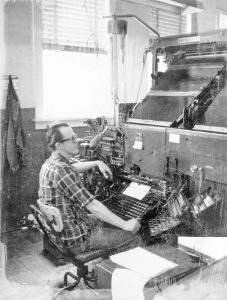 For all of the years Lyle and Inez owned the Colfax Messenger, Lyle Christianson was a staunch supporter of Colfax.

Lyle would write editorials chastising area residents for not “shopping local” — or in support of open meeting laws that let people know what their local government officials are up to — or to start a fund-raising campaign for building a new stock barn at the Colfax Fairgrounds.

From the November 5, 1981, edition of the Messenger, “The Colfax Messenger won first-place in the community service division for newspapers with a circulation less than 5,000 in the National Newspaper Association’s Better Newspaper Contest. The Messenger won for its successful promotion of the livestock building fund for a new cattle barn at the Colfax Fairgrounds. The Messenger received the award at the NNA annual convention in Boston October 2. The building fund was an eight-month project. The initial goal had been to raise $1,000, but when the campaign ended, $12,500 had been raised. Publisher Lyle Christianson said he is very proud of the award. The Messenger also won an honorable mention in the NNA’s typography contest.”

“We always had trouble coming up with copy (for the Christmas edition). I don’t know why I picked the third graders. Some were sad. Some were funny. I remember one of them said something about mom and dad were getting a divorce. Overall, they were pretty good. And we got enough copy!” Lyle said during an interview for “Remembrances of Christmas Past” for the 2015 Christmas edition of the Colfax Messenger.

“I remember when we first bought the Messenger, it was just terrible. I thought, ‘why did we even do this?!’ Our kids were little. We worked day and night. I made a bed on the floor for them, and they’d lay down and sleep on the floor. It was crazy,” Inez said during the 2015 interview.

Lyle and Inez have three children: Peggy, Sue and Mike.

“We had a press that was sometimes so full of static, [Inez] had to sit in the back and catch them when they came off the fly,” Lyle said.

“I remember feeding that big old press. You had to feed the sheets of paper in there. You couldn’t miss, because then it printed (on the roller), and you had to clean it all off if you missed one,” Inez said.

“Mike was in kindergarten when we bought the newspaper,” she noted during the 2015 interview.

Mike Christianson passed away in August of this year.

Lyle started working for the Colfax Messenger when he was a junior in high school.

During the 2015 interview, Lyle said he had walked into the Messenger office one day and asked if he could come in after school and sweep the floor and clean up for some spending money. He also worked on Saturday mornings.

Then one day, Ken Reed asked if Lyle wanted to learn the trade.

After high school, Lyle attended the Dunwoody Institute for graphic arts in the Twin Cities.

When Lyle graduated from Dunwoody, he became what was known as a “tramp printer” and went from town to town, doing “job work” printing.

Lyle and Inez were married July 4, 1958, and after that, Lyle worked in Cornell and for the Chippewa Herald Telegram.

After the Christiansons bought the newspaper, Ken Reed still covered the village board meetings, and Lyle would stay in the shop and do the job work.

When Ellis Bloomfield purchased the Messenger in 1995, he introduced computers to the process of publishing a newspaper.

Lyle Christianson had never worked on a computer.

Undaunted by the new technology, Lyle sat down and taught himself how to use the computer to design  advertisements.

Ellis Bloomfield said he had never seen anything like it. 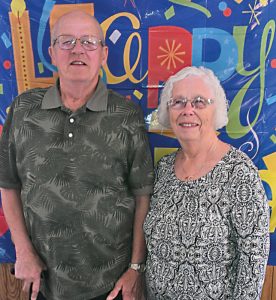 There are many ghosts and echoes of the past when you walk around the Colfax Messenger shop these days.

The presses, the cutters and all of the other equipment are silent, made obsolete by digital presses.

The cans of ink sit on the shelf where Lyle placed the tins after the last time he used them.

The negatives and plates are stored on shelves where Lyle filed them when he finished a print job.

The presses are covered by sheets of clear plastic that Lyle placed over them to keep the presses clean should they ever happen to be needed again.

Even Lyle’s printer’s aprons were hanging where he hung them last.

His family has those printer’s aprons now.

The aprons might not mean much to anyone else, but to those who knew and loved Lyle Christianson, they represent a tangible reminder of the man who owned and operated the Colfax Messenger for so many years.

We shall try to carry on as best we can.

Please know we will continue to produce the Colfax Messenger to the best of our ability.

And when you have a chance, say “hello” to Marlin for us, and to Ilo.