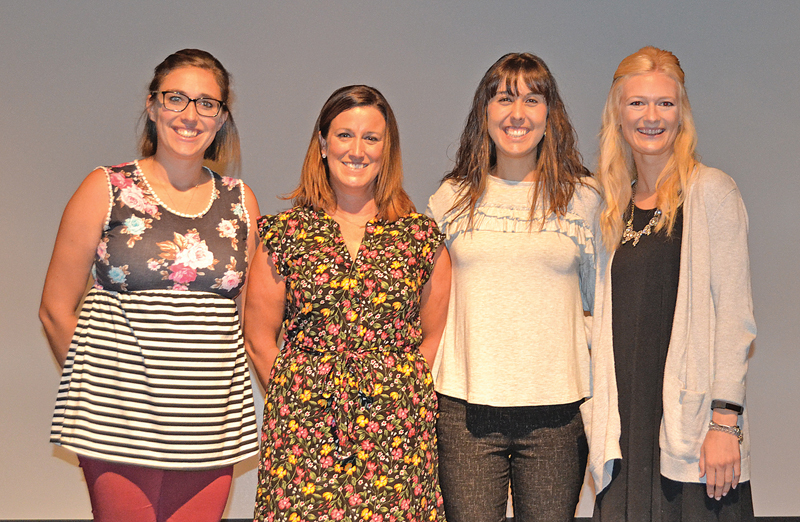 COLFAX  —  Five new teachers will be on duty in the Colfax school district when school starts September 4.

Kassandra Behymer will be teaching seventh grade math and science.

Behymer graduated from UW-Eau Claire in December of 2017 with a Bachelor of Science degree in Elementary Education and a minor in mathematics. She served as a substitute teacher in the Colfax school district this past spring.

Since September of 2014, Behymer has worked as a p.m. shift supervisor at Sodexo in Eau Claire and had managed a team of 25 to 35 employees on each shift. She also has trained employees or a variety of positions within food service.

Behymer originally is from Watertown

Emily Mattson will be teaching English at Colfax High School.

Mattson earned a Bachelor of English Education degree in May from UW-Eau Claire.

She was a student teacher at Colfax High School from January until March of this year.

Mattson has been a preschool lead teacher and library teacher at Camp Kingdom Kids, Christ Community Church, in Rochester, Minnesota, during the summers of 2016 and 2017.

She also was a student instructor at Two To Tango Ballroom Dance from February of 2017 to May of 2018.

Heather Niesen will be teaching special education in early childhood.

She earned a Bachelor of Science in Early Childhood Education in 1996 and completed the teacher certification program at UW-Stout in 2018. Her certifications include Wisconsin Pre-K to third grade elementary and early childhood special education.

Niesen served as a special education teacher for the Eau Claire Area School District from August of 2016 to June of 2018.

Pawlak earned a Bachelor of Science degree in December of 2017. She majored in middle childhood through early adolescent education with a minor in general science.

She served as a long-term substitute teacher in junior kindergarten at Colfax Elementary from February  until May this year.

She also served as a cross country coaching assistant for Colfax middle school and high school from August of 2017 to October of 2017.

Schaffner earned a Bachelor of Science in agricultural education from UW-River Falls in the spring of 2011.

From August of 2011 until this year, she served as the agriculture instructor at Rosholt where she taught animal science, plant science, exploratory wildlife and a rotating course between meat science and trees as well as elective courses in veterinary science and agribusiness. She advised 55 FFA students as well.

During the summers of 2009 and 2010, Schaffner worked at the United States Department of Agriculture — Agricultural Research Service in Marshfield.