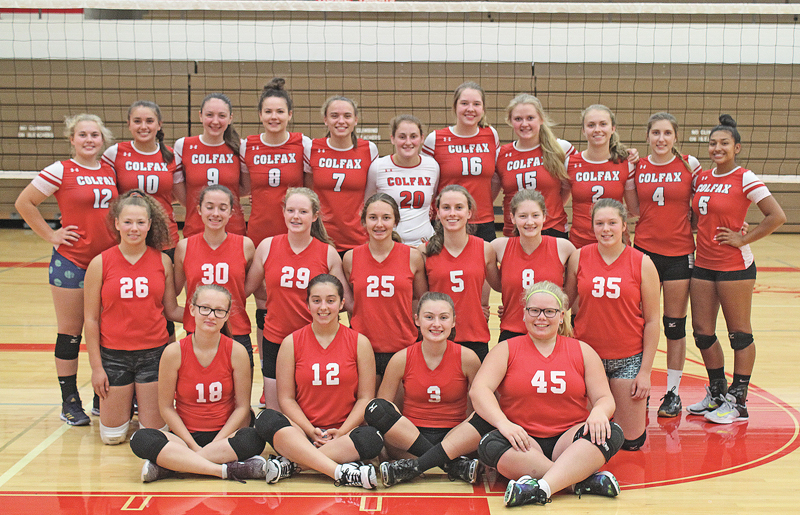 COLFAX — This year’s Colfax Vikings girls’ volleyball team will try to defend its title against the rest of the Dunn-St. Croix conference.

Going undefeated in conference play with an 8-0 record and 21-15 overall last season, the Lady Vikings, who laid claim to their fifth straight D-SC crown and won the regional cahmpionship in 2017, made their way to the sectional semis before they suffered a season-ending loss at the hands of the Grantsburg Pirates.

Coach Pam Meredith begins her 12th year as coach for the Viking’s team with an optimistic outlook for the girls.

“We have all but one returning starter back to the team,” she said.

Colfax said goodbye to Makayla Mattson at the end of the 2017 season. Mattson had nine total blocks and 15 digs during her last year with the Vikings.

Alyssa Dachel, the team’s libero, returns for the 2018 season and will try to build on her numbers from last season. During 2017 Dachel had a .929 percentage on serves with only four errors in her 128 serves, also she had 87 digs for the Vikings.

Junior Kameri Meredith led the team in kills and kills percentage, with 86 and .311. Meredith showed how well rounded she was leading the team also in digs with 104.

Other returning players for the team Samantha Pretasky and Jozie Buchanan reprise their roles as setter (Buchanan) and middle blocker (Pretasky). Buchanan led the Vikings’ team last year with 221 assists and 29 aces, Pretasky had 27 total blocks and 90 kills during the 2017 season.

Josie Steinke, Kali Risler and Addy Olson will also return for the team.

Coach Meredith isn’t looking for perfection from her team, but instead will be watching the girls for progress. “We need to continue to grow stronger physically and mentally,” she commented.

In this year’s sectional tournament, the Vikings will face the opposite half of the sectional teams during playoffs than those they faced last year.

But Coach Meredith is confident that her Lady Vikings can defend their title in conference and regional play.

In conference action, there are teams that the coach feels her girls should not underestimate.

“Elk Mound is always a top runner – especially with Morgan Radtke leading their offense,” she commented, “Durand and Glenwood City have some talented athletes as well.”

Meredith’s hope for the team is they play disciplined, composed and consistent throughout the season and defending the conference title.

The Vikings will host their first two games at home. First against Regis on August 21 at 5 p.m. and their second game will be against Bloomer on August 28 at 7 p.m.

Colfax boys come from behind to steal win over Bloomer

Lady Vikings use solid defense in win over B-W Blackhawks