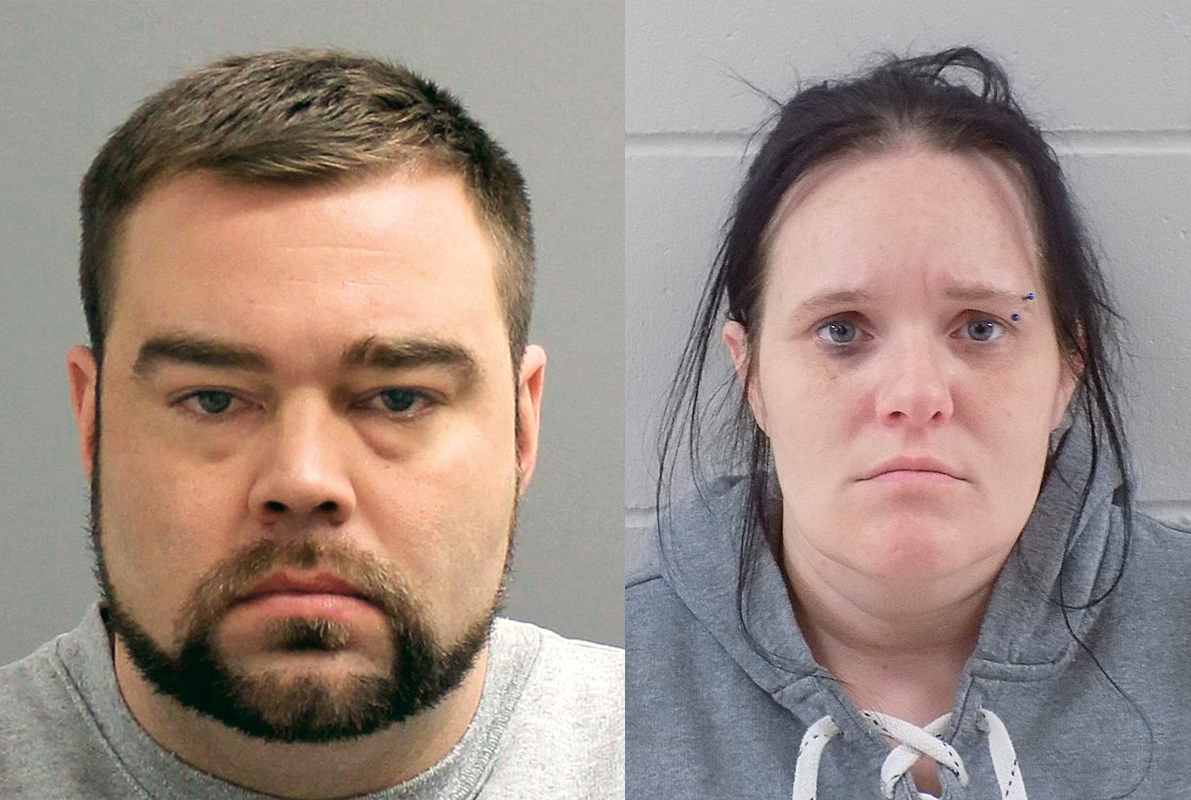 SOUGHT BY LAW ENFORCEMENT — Shawn Harris Goplen (left) and Kari Lynn Blank are being sought in connection with a Town of Tainter shooting.

MENOMONIE  —  The Dunn County Sheriff’s Department has obtained arrest warrants for two people believed to have been involved in a shooting Sunday night in the Town of Tainter.

At about 10:45 p.m. May 27, the Dunn County E-911 Center received a report of an adult male who had sustained a gunshot wound in the 5900 block of county Road D in the Town of Tainter, according to a news release from the Dunn County Sheriff’s Department.

The man had suffered one gunshot wound and was transported to Mayo-Eau Claire by ambulance. The victim was conscious at the time of transport, but as of press time, there was no update available on the victim’s condition.

Goplen is described as white male, 5’11” and weighing 300 pounds with brown hair and hazel eyes. He is wanted for attempted first degree intentional homicide and also is wanted on a warrant from the Minnesota Department of Corrections.

Blank is described as a white female, 5’5” and weighing 190 pounds with brown hair and blue eyes. She is wanted as a party to attempted first degree intentional homicide and also is wanted on a warrant from the Wisconsin Department of Corrections.

According to the news release from the sheriff’s department, Goplen and Blank are believed to have left the scene of the shooting in separate vehicles: a mid-2000 model four-door silver Honda or Mitsubishi and a 2000 model maroon Jeep Cherokee.

No license plate numbers were identified for the vehicles and no other information is available about the vehicles.

Goplen and Blank are considered to be armed and dangerous. If anyone sees either of them, call 911 or contact your local law enforcement agency. Do not approach them.

Anyone who knows of the whereabouts of Goplen and Blank or anyone who knows anything about the circumstances surrounding the shooting is asked to contact the Dunn County Sheriff’s Department at  715-232-1348.

If you wish to remain anonymous, you can contact Dunn County Crime Stoppers at www.dunncocrimestoppers.com.

In addition to the Dunn County Sheriff’s Department, the Colfax Rescue Squad and Menomonie Fire/EMS responded to the scene.

The Menomonie Police Department and the Wisconsin State Patrol assisted at the scene as well.