The 20-4 Hawks finished third in the Middle Border Conference and are headed toward a regional game on February 16.

The Blackhawks are seeded fifth in the WIAA’s Division 1, sectional 1. They will take on the fourth-seeded Somerset Spartans at the Somerset Youth Civic Center on Thursday, February 16.

“They both play on JV, but have some varsity time as well,” Coltrain said of the two Glenwood City students. “They both continue to improve and are fun.”

Hurtgen is currently a junior in high school, while Schwartz is a freshman. 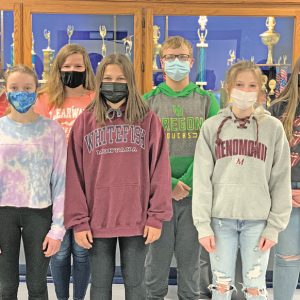