BOYCEVILLE – Last Thursday the Boyceville High School hosted a mid-morning cross country meet that featured ten teams in the girls’ race and 11 in the boys’.

Out of those ten teams, the Lady Toppers finished in second place with a team score of 105. First went to Fall Creek with a 79 and St. Croix Central settled in third with a total of 105 also minus a seventh person score.

As for the boys, they placed seventh with a team total of 155 points. Colfax led the way with a score of 56.

Morgan Kadinger led the girls’ race for the Toppers and Taylor Drinkman followed; they were third and fourth place overall. Kadinger ran a 22:08.2 and Drinkman was next with a 22:16.5.

First place went to Emily Jaeger, a senior at Fall Creek. She finished a few strides ahead of the Toppers with a time of 21:42.2.

Following Drinkman was freshman runner, MaKayla O’Brien in third for the team and 25th overall with a time of  24:30.6. Then it was Macie Rasmussen in 35th place with a time of 25:39.7.

Elizabeth Wink was fifth for the team and 38th overall with a time of 26:20.2 for her first varsity race.

“I’m very excited to see the girls as a team show some competitiveness,” said coach Matt Schutz. “Morgan and Taylor ran very strong and the team had a great showing even though we are missing two runners to injury this season.”

On the boys’ team, it was freshman runner Riley Schutz who led the team with a time of 20:39.4, which put him in 21st place overall.

There was a total of 119 boys and 88 girls who participated in the high school race.

“The boys exceeded our expectations as we were always in the cellar last year mostly due to youth and lack of boys. We expect them now to be competitive and not a team everyone expects to beat,” explained Schutz.

Next on the schedule for the Toppers is a meet at the St. Croix Central High School on Thursday, September 4 starting at 4:00 p.m. 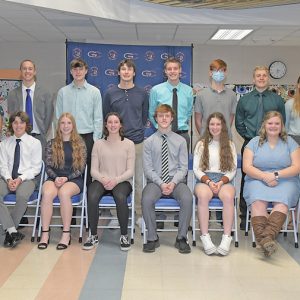 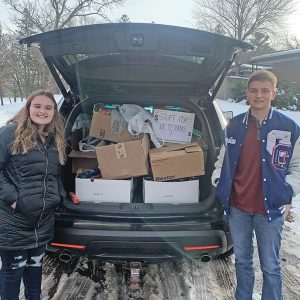