Drivers who roll through a stop sign or try to beat a red light at an intersection are not just impatient and careless. They are a real threat to everyone else on the road. Crashes at intersections cause approximately 20 percent of all traffic deaths nationwide each year, according to the U.S. Department of Transportation.

To remind drivers that obeying traffic signs and signals at intersections can be a matter of life or death, the Federal Highway Administration has designated August 4 to 10 as “National Stop on Red Week” for 2013.

“Intersections are some of the most dangerous places motorists encounter,” says Lieutenant Jeffrey D. Lorentz of the Wisconsin State Patrol Northwest Region. “There are many complex movements at intersections with vehicles entering, crossing and exiting at different points. Pedestrians and bicyclists also may be crossing at intersections. If drivers disregard the traffic controls by failing to stop completely at a red light or stop sign, they endanger themselves and others. Crashes at intersections cause many deaths and serious injuries because vehicles often are hit in the side where there is less protection for drivers and passengers.”

Failing to obey a red light, stop sign or other traffic control device at an intersection is not only dangerous—it’s expensive. A violation for failing to stop completely for a traffic signal, sign or marking costs $175.30 with three demerit points assessed on the driver’s record, according to state law. Committing a second offense within a year costs $213.10 with another three points.

“To prevent intersection crashes, drivers must keep an alert eye on traffic moving into, through, and out of the intersection,” says Lieutenant Lorentz. “They also must obey all traffic signals and signs. Drivers should make it a habit to stop completely on red and not race through a yellow light to beat a red light. At a yellow light, drivers must stop unless they’re so close to the intersection that they can’t stop safely. Traffic engineering has improved the safety of intersections, so now it’s up to drivers do their part.” 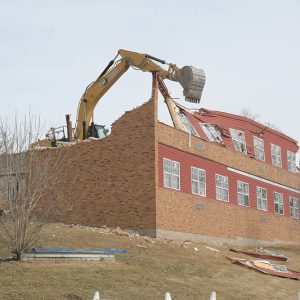