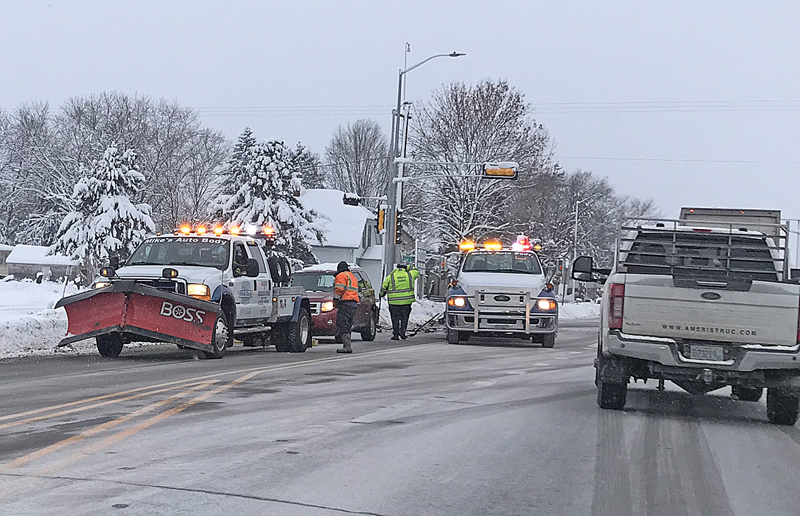 NO INJURIES were reported in this two-vehicle accident that happened shortly after 9 a.m. along Railroad Avenue (State Road 170), just east of East Street (State Road 79) in the Village of Boyceville Wednesday, December 21. According to the crash report from the Boyceville Police Department, a 2010 Ford Escape being driven by Eugene Carlson, 76 of Boyceville, had completed a turn onto Railroad Avenue when his vehicle experienced a transmission problem and had two flat tires and stalled out in the lane of traffic. According to witnesses, Carlson began to rev the engine which created an excessive amount of exhaust. A 2018 Chevy Silverado truck operated by Ryan Olson, 32 of Lafayette, Colorado, drove through the exhaust not realizing there was another vehicle in front of him and struck the Carlson vehicle from behind with sufficent force to move it 50 feet. The air bag in the Silverado deployed which left it inoperable. Both drivers were wearing seat belts at the time of the crash. Above, is the 2018 Chevrolet Silverado, driven by Ryan Olson, that struck the rear of the Eugene Carlson Ford Escape.    —photo by Shawn DeWitt