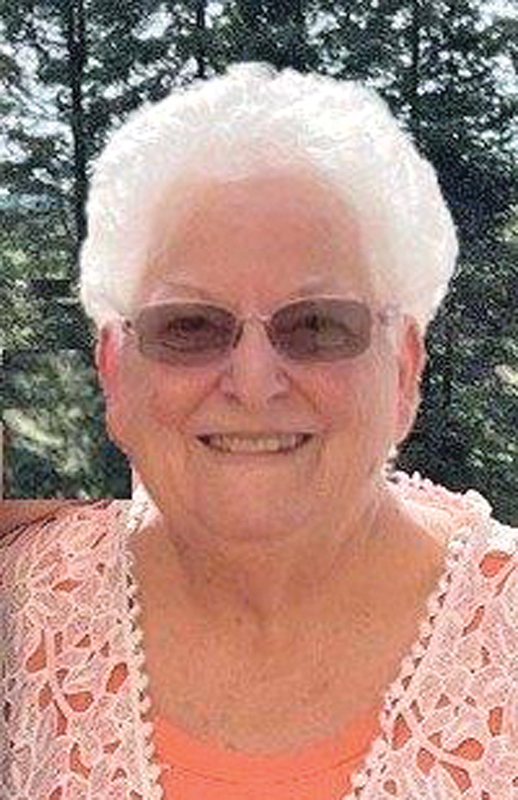 She was born November 24, 1942 in Prairie Du Chein, WI. She was adopted by Chester and Elna (Arlene) Oliver DeCamp and grew up in Glenwood City, WI with her brother Mark DeCamp.

Peg graduated from Glenwood City in 1960. After graduation, she worked as an Aide at North Memorial & The Swedish Hospitals before marriage. Peg went to school with LaVerne Hoitomt and they grew up together. Friendship turned into love and they were married on July 10, 1965 at Salem Covenant Church. LaVerne and Peg welcomed daughter Lori Kae in 1967, son Mark Scott in 1969, and they completed their family in 1972 with the birth of their son Brad Allan. Peg loved being a stay at home wife and mother as well as daycare provider. Peg had a number of hobbies including reading, playing cards, and visiting family and friends.

Peg’s true passions were her children and grandchildren, rarely missing any school or athletic events. She often became a surrogate mom and grandmother to others and she was always the loudest cheerleader. Peg’s other true passion was her faith. First being a longtime member of Salem Covenant Church in Glenwood City before transitioning to Holy Cross Lutheran Church where she was a dedicated member, choir singer and more importantly the “Sunshine” lady. Over the years she had sent out thousands and thousands of cards to members. Peg was a devoted, wife, mother, grandmother, great grandmother, aunt, sister, and friend.

In lieu of flowers, memorials are preferred to Holy Cross Lutheran Church, American Cancer Society, or The American Diabetes Association.