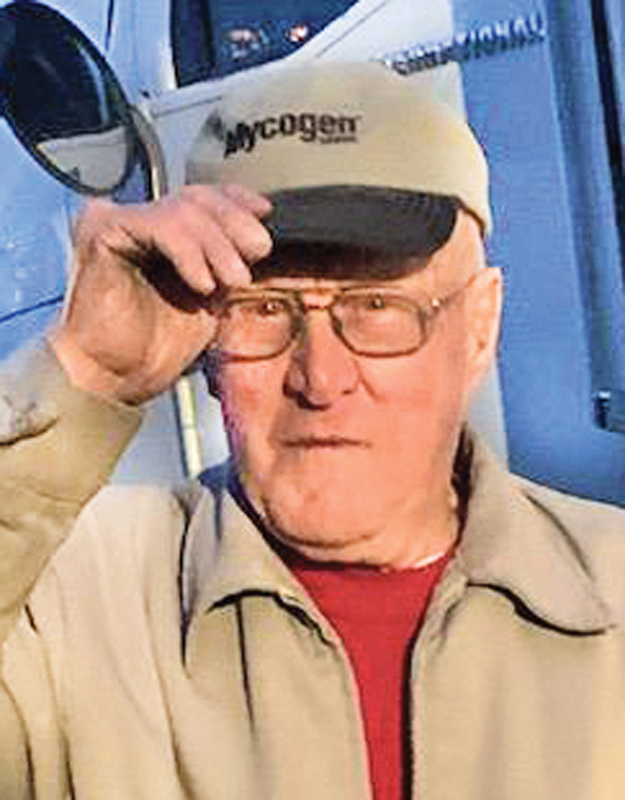 He was born on December 2, 1928, to Hiram and Tilla (Tweed) Cutting in the Town of Grant, Dunn County, WI where he was raised and attended the Popple Creek Country School. Grant served his country with the US Army in Korea and was honorably discharged in 1955. On December 6, 1957, Grant married Barbara Sloop in Stillwater, MN.

Grant was proud of his family history. The first Cutting Family came to the United States in 1632 from England and Scotland, settling in Massachusetts, New Hampshire and New York. The settlers moved to Wisconsin in the Madison and Eleva area in 1859 and migrated to Popple Creek, Dunn County in 1861. The homesteaded farm has remained in the Cutting name since that day and is currently owned and operated by the 5th generation of Cuttings. The Popple Creek Cemetery has members of each generation interred there dating to 1872.

Grant attended CVTC in the machinist program. He was an excellent mechanic, especially knowledgeable in two-cylinder John Deere tractors. Grant’s passion for driving trucks started at the age of 14 and was the basis for his careers in gravel, milk and hay hauling, grain dealing and operating a farm equipment business. He covered the Midwest, from North Dakota to Oklahoma and was highly regarded as a man of his word. Grant was a people person, usually the first to initiate a conversation with the interest in hearing other’s stories and finding a common experience. His work ethic was unbelievable, working to the last minute of his life.

The family would like to thank the doctors and staff of the Mayo Clinic Cardiology Unit, especially Dr. O’Conklin, Dr. Horecki and Dr. Rogers for the years added to his life, the Anson First Responders and Chippewa Falls Fire Department for assisting with the ladder truck.

Funeral services were held at 11:00 a.m. on Saturday, November 12, 2022, at Our Savior’s Lutheran Church in Chippewa Falls with a visitation from 9:00am until 11:00am was on Saturday at the church. Burial will be at the Popple Creek American Cemetery in the Town of Grant, Dunn County.  Military honors will be provided by the Bloomer American Legion, VFW and AMVETS. Olson Funeral Home in Bloomer is assisting the family.  Online Condolences may be expressed at olsonfuneralhomebloomer.com