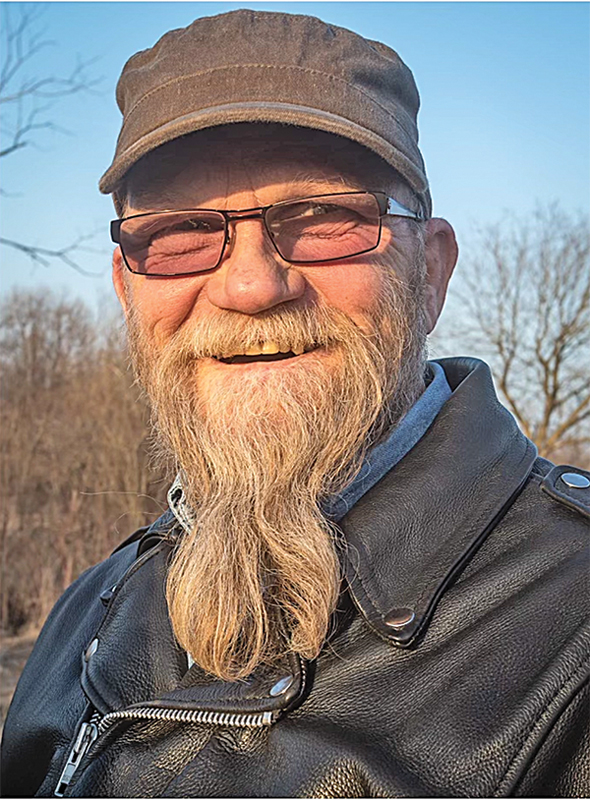 Raymond Julian Teigen was born to Ingvald and Olga Teigen on December 25, 1949, the eighth of nine children. He was baptized and confirmed in the Christian faith.  He grew up on a farm near Glenwood City. He was on the high school wrestling team. He graduated from the Glenwood City High School with the class of 1968. He attended Eau Claire Technical College for one year.

He served in the U.S. Army in Vietnam from 1969 to 1971. After receiving an honorable discharge, he returned home and was employed at Norlake Company factory operations in Hudson.  He retired in 2014 after many years of employment.

He was married to Mary Heitzig on May 6, 1978. They lived near Glenwood City. They had two daughters, Tamara and Samantha, and one son, Ben.

Ray was active in veteran affairs recently serving as commander of the American Legion chapter in Emerald. Ray loved to go on motorcycle trips including trips to Texas and Arizona, and had many friends in motorcycle clubs. He also was an avid Packers football fan.

Raymond passed away tragically on September 30 afternoon when the motorcycle he was operating was suddenly struck by a deer on a road in northern Barron County. His age was 72 years and 10 months.

Raymond was predeceased by his parents, one infant son, and three brothers: Leland, Maynard, and Bernard.

He is survived by his children: Tamara (Randy) Zagar and Samantha Teigen, all of Austin, TX, one son Ben Teigen of Isanti, MN, and two grandchildren, Jacob and Molly, one brother Donald Teigen of Edina, MN, four sisters, Ilene (Leon) Hawkins of Hammond, Ginger (Merle) Spinks of Hudson, Marlene (Randy) Weiss of Hudson, and Geraldine (Ken) Heifort of Stillwater, MN, and many nephews and nieces, other relatives, and friends.

Funeral services will be held at Holy Cross Lutheran Church in Glenwood City on Friday, October 7. Visitation begins at 10 a.m. with the service at 11 a.m. followed by military honors. A lunch at the church will be served. His cremains will interred at the Black Hills National Cemetery in Sturgis, SD, with escort by motorcycle friends next August.