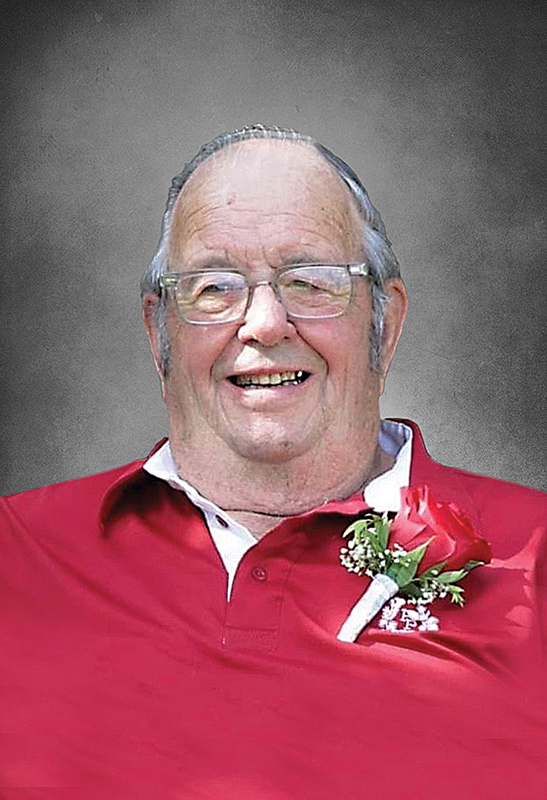 Arlen Wisemiller, age 84 of Boyceville, WI, passed away Saturday, September 30, 2022 after a brief stay at Neighbors of Dunn County.

He was born May 26, 1938 in Boyceville to Lloyd and Clarice (Anderson) Wisemiller. He grew up in the Boyceville area and graduated from Boyceville High School in 1956. He spent summers working on his grandparents’ farm south of Boyceville. At 16 he was with his dad when his dad died tragically following a logging accident. Arlen supported his mother and sister by running his dad’s milk route before school and after football practice. He worked hard his entire life, and instilled that work ethic in his children.

Arlen married Betty Mrdutt August on 15, 1959 at Holy Trinity Lutheran Church in Boyceville. They built a house south of Boyceville and eventually started farming. Arlen continued hauling milk, while his wife Betty stayed home with their five children. Later on he worked for Dunn County for several years. They then purchased Boyceville Oil Company, and after that Arlen worked as a heavy equipment operator for Mathy Construction until his retirement. His biggest joy in life was spending time with his grandchildren and great grandchildren. Arlen had a passion for draft horses. He had several teams over the years and enjoyed taking them to parades. Arlen was a member of Holy Trinity Lutheran Church, and served on the church council for many years. He was also active as a general leader in 4-H. He and Betty spent time at their trailer in Cumberland, and most Sunday afternoons they could be found going for a drive, ending with a pizza supper down by the lake.

Arlen is survived by:

His wife of 63 years, Betty of Boyceville.

He is also survived by his sister, Louise (Jim) Sneen, sister in law, Mary Jo Mrdutt, Godchildren, Stacey Mrdutt and Jim Mrdutt, many nieces, nephews,  other relatives, friends and his furry companions, Jake, Oliver and Lydia.

He was preceded in death by his parents, Lloyd Wisemiller; Clarice and Harry Rubusch, his grandparents, Earl and Nora Anderson, mother in law and father in law, Joe and Irene Mrdutt; grandsons, Joshua and Aaron Wisemiller, great granddaughter, Sophia Wroblewski, son in law, Michael Erickson, and brother in law, Ron Mrdutt. He was also preceded in death by his faithful dogs, Cujo and Cecil.

Funeral Services will be held at 11:00 a.m. Friday, October 7, 2022 at Holy Trinity Lutheran Church, Boyceville with Pastor Brad Peterson officiating. Burial will take place at Tiffany Cemetery in Boyceville. Visitation will be from 4:00 p.m. to 7:00 p.m. Thursday at Olson Funeral Home in Menomonie and also one hour prior to the service at the church.