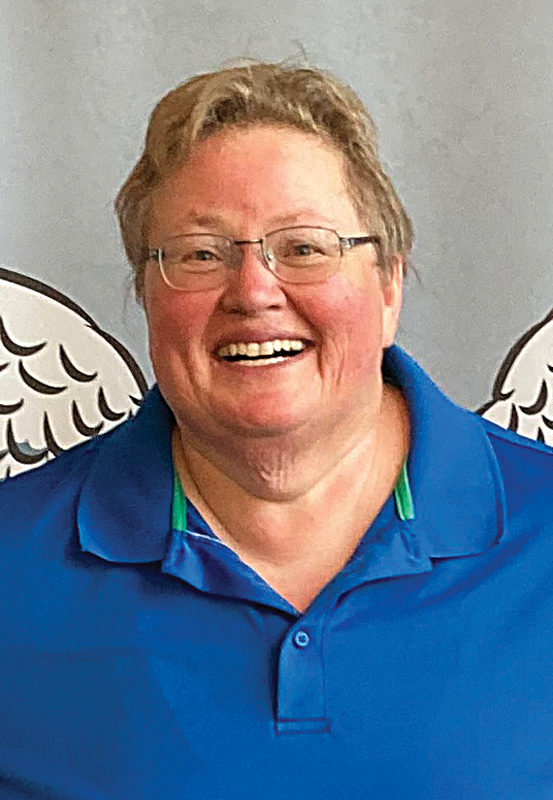 She graduated from Northwestern High School, which is part of the Maple school district in northern Wisconsin, in 1983 and was president of her senior class.

Pam earned a degree in communications and political science from UW-Superior and earned a master’s degree in journalism from Columbia University.

For 28 years, she worked for the Eau Claire Leader-Telegram and was head of the Menomonie News Bureau, covering the City of Menomonie, Dunn County, Dunn County Circuit Court, UW-Stout and writing numerous features.

After leaving the Leader, Pam worked for the Communications Department (later known as Marketing and Communication – Marcom) at UW-Stout for four years, and for the past six months, she worked in public relations at UW-River Falls.

Pam was a gifted, well-respected journalist who knew how to tell a story, but perhaps equally importantly, she knew how to put people at ease so she could get the information she needed to tell those stories. When people met Pam, they quite often instantly considered her a friend.

Pam married Karen Lee on December 29, 2014, in Madison, Wisconsin. Together, they built Hay River Equestrian. After working with horses for many years, Pam decided to take up riding when she and Karen took in two rescue horses. Pam bonded with Humble Hazel, and that was it. She and Hazel showed successfully in the equestrian discipline of dressage.

Pam was a member of the West Wisconsin Dressage Association for many years and served several terms as president of WWDA.

She was currently president of the United Way of Dunn County.

Pam was preceded in death by her mother, Marlene, and her mini Dachshund, Isabella.

Pam also is survived by her mini Dachshund, Otis, and Humble Hazel.

A Celebration of Life will be held at Riverside Park in Menomonie, Wisconsin, on Saturday, August 6, from 12 noon to 4 p.m. If you are from the area and are not traveling a long distance, please bring a dish to pass. Otherwise, just please join us.

A private family burial will be held at a later date.

At Pam’s request, her obituary concludes with a  symbol used by journalists to communicate with the typesetters that means “end of story …”