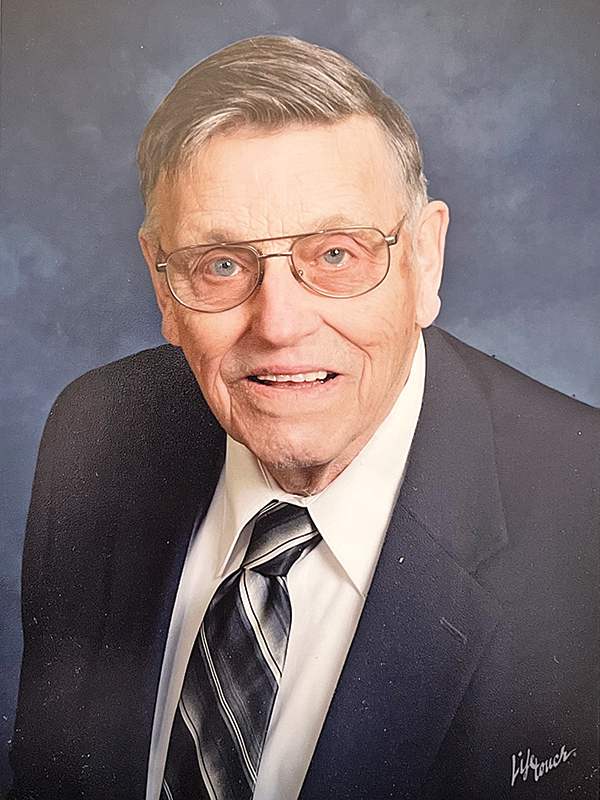 Robert “Bob” Paul Bartz of Glenwood City passed away peacefully on June 19, 2022, at the age of 97. He was born on July 2, 1924, to Paul and Cora Alvilda Bartz. Robert grew up on the home farm and was a graduate of Downing High School in 1942. He farmed with his family on County Road Q until he was drafted into the U.S. army in 1944. He joined the 82nd Airborne Division as a paratrooper and trained at Fort Benning, GA. Robert returned from service in 1946, and continued farming.

He married LouAnne Hendrickson of Dresser, WI on November 27, 1954. Together they raised four children as faithful members of Holy Cross Lutheran Church. Robert was a member of the Downing Winterling Post 232 of the American Legion for 75 years and enjoyed being a part of their honor guard. He also served on the Tiffany Town Board and was a member of the Glenwood City school board for many years. Robert dedicated his life to being a steward of the land and his community. He leaves a lasting impact on many lives.

A visitation will be at Holy Cross Lutheran Church in Glenwood City Thursday, June 30th from 6:00 – 8:00 p.m., Friday, July 1st 1:00 – 3:00 p.m.with the service begining at 3:00 p.m. Interment with military honors to follow at Mound Cemetery, Downing. In lieu of flowers, the family requests gifts to Adoray Hospice or Glenhaven, Inc.

Anderson Funeral Home is assisting the family. Please share your memories and condolences online at ndersonfuneralhomegcwi.com