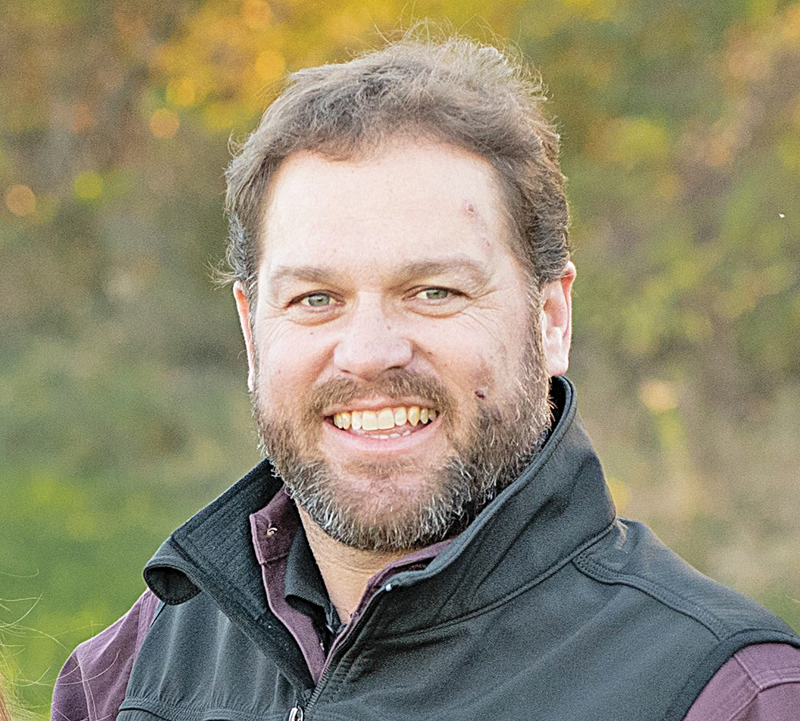 Chad Michael Martinson (48 years), Otsego, MN, passed away on May 24, 2022 from liver cancer, an unexpected diagnosis that robbed him of a life he loved and devastated his family and friends.

He was confirmed at Word of Peace Lutheran Church in Rogers, MN and graduated from Elk River High School in 1992. He attended Hennepin Tech and graduated with a carpentry degree in 1994. After graduation he honed his skills as a finish carpenter and became an artist with a miter box.

On October 23, 1999, he married Krishona Bjork and together they had two daughters, Montana (17 years) and Matalyn (16 years), and made their home in Otsego, MN.

He eventually left construction and started Ground Solutions, a lawn care, snow removal, and skid loader company. Chad’s love of farming and operating equipment led him to start Leaning Pine Farm where he produced hay, corn, straw, and sold beef to the surrounding community. He took great pride in building a successful farming business from scratch, without a formal degree or advising, and with just enough depreciation to reduce his tax burden. The joy of farming resulted in him feeling like he never worked a day in his life. Chad’s ability to produce perfect hay made him a sought-after supplier by many horse owners. He was a progressive and intelligent farmer and frequently collaborated with University of Minnesota faculty on research projects. He always joked that he had 4 Masters and 2 Doctorate Degrees from the research he assisted with. Chad could operate any piece of equipment with precision and could fix and build anything his family broke or dreamed up, eventually. He loved auctions and winning items, which meant he paid the highest price. This resulted in him having multiple projects going on at once, but none fully completed. He was a staunch supporter of his wife and daughters love of horses and was elected to the board of the Elk River Saddle Club. He also loved cattle and helped his youngest daughter start Martinson Herefords, which has grown into a small herd of overly tame, registered show cows. Chad was a kind, honest, fun, and easy-going man who enjoyed talking, playing cards, going out for lunch, old country music, attending the National Finals Rodeo, bowling, golfing, being with friends, and was game for any adventure his family planned.

Chad is survived by his wife, daughters, parents, and stepmother Maria Martinson. Although he was an only child, he leaves behind seven siblings, Tracy Clark (Jim), Ben Farr (Jessica), Tiffany Dixon (Nathan), Heather Fering (David), Jeff Martinson (Abigail), Douglas Martinson (Kim), and Cristina Cole (Neil) and their children. He is also survived by his in-laws, who never gave him the best deer stand, Gary and Jean Bjork, Adam Bjork (Jessie) and their children, and countless friends and extended family members.

He was preceded in death by his friend and stepfather David Farr, grandparents Magnus and Mabel Martinson, Albin and Irene Miller, and Ben and Elva Farr, and brother-in-law Mark Walstrom.

A celebration of life was held on Tuesday, May 31, 2022 at Word of Peace Lutheran Church in Rogers, MN. Visitation started at 10:00 a.m. and the service was held at 1:00 p.m. with burial immediately after. Chad was a casual man, please come as you are to celebrate his life.