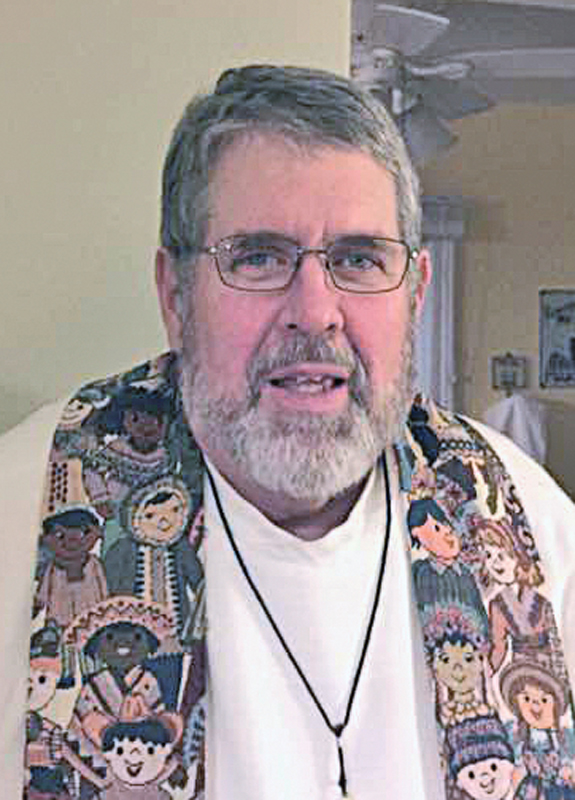 On May 1st, 2022, our Lord and Savior called his good and faithful servant, Rev. Ralph M. Thompson, home to heaven. Ralph was surrounded by his wife and children and they ushered him into paradise with Psalm 23, The Lord’s Prayer, and the song Just A Closer Walk With Thee, sung by his son.

Ralph was born on November 12, 1948 to Robert and Margaret (Oleson) Thompson of Badger, Iowa. Ralph graduated from Fort Dodge High School, in Fort Dodge, Iowa while working on the family farm with his brothers. He was a proud alumnus of Luther College in Decorah, Iowa, and Luther Seminary, in St. Paul, Minnesota. Ralph had an undergraduate degree in history and a Master’s of Divinity. College was a wonderful time for Ralph as he made many friends and created lasting memories.

Per the pastoral handbook, one must meet the love of their life at church. Ralph was hired to sing at a wedding, he set eyes on Carol, and never looked back. After a six month courtship, Ralph married Carol (Carlson) on August 25, 1973, promising her that no matter how poor they were, he would always make sure she had a boat to play on the water. Ralph began his career at Ridgeland and Hay River Lutheran Churches in Ridgeland, Wisconsin. They wasted no time in having three perfectly imperfect children, Kristin, Jennifer, and Erik. Ralph and Carol raised their children in Glenwood City, Wisconsin while he served for over 30 years at Holy Cross Lutheran Church. On the PK (Pastor’s Kids) scale for behavior, they were fairly boring, except for the occasional bad grade, speeding ticket, and the too frequent use of curse words. They loved spending time with their parents skiing at Afton Alps (Ralph would sit in the chalet and write his sermons), boating on Lake Menomin (dad drove because he didn’t know how to swim), and traveling wherever the AAA guidebook sent us (cockroach motels). Ralph and Carol did everything with their children in tow, and the result was that as a family not only did they love each other, they liked each other.

Ralph’s time in the ministry was always focused on building strong programs for the church youth. Sundays were for children sermons, youth choir, Sunday School, and Luther League. When it was Wednesday night in Glenwood City, it was Pastor Thompson leading confirmation classes and youth handbell practice. His greatest joy was bringing our small congregation to Luther Point Bible Camp and the ELCA National Youth Gatherings. Ralph believed strongly in showing the nation to the youth of his community. He completed his calls of service at Luck Lutheran Church in Luck, Wisconsin.

Ralph and Carol retired to their lake home in Shell Lake, Wisconsin. Ever the side hustler, Ralph served as a retired pastor at Yellow Lake Lutheran in Danbury, Wisconsin, and achieved his lifelong dream of becoming a teacher, albeit a substitute teacher, for Shell Lake Public Schools. He delighted in his grandchildren, Tyler, Benjamin, Kennedy, Emerson, Madison, and Freya. He loved to cuddle them when they were young, sneak them sweets, beat them at cards, and teach them the art of Scandinavian cooking.

Ralph is survived by his beloved wife Carol and children Kristin (Robert) Brandt and children Ben, Ty, and Kennedy of Glen Ellyn, Illinois, Jennifer (Greg) Hinker and daughters Emerson and Madison of Delano, Minnesota, and Erik (Laura) Thompson and daughter Freya of Minnetonka, Minnesota. His brother Ron (Jane) Thompson of Mt. Airy, Maryland, sisters and brothers-in-law, and nieces and nephews of whom he adored. He is preceded in death by his parents, Robert and Margaret, and his brother Mark.

To know Ralph was to know an all-encompassing love. He never met a person he didn’t open an account with or add to his list of contacts. His greatest gift was his ability to love beyond measure and teach his children the importance of faith and family. He was the heart of our family, and we miss him beyond measure.

Funeral arrangements are being cared for by Crescent Tide of St. Paul, Minnesota. Ralph’s wake will be Friday, May 13th from 4:00-8:00 p.m. at Shell Lake High School. The funeral and celebration of life will be Saturday, May 14th, at Trinity Lutheran Church in Spooner, Wisconsin at 1:00 p.m. The service can be livestreamed at Trinityspooner.org. In lieu of flowers, donations can be made to Luther Point Bible Camp in Grantsburg, Wisconsin. https://lutherpoint.org/get-involved