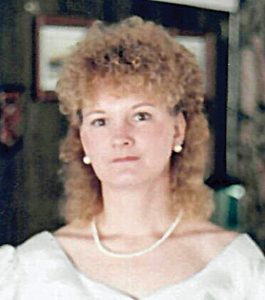 Judith “Judi” Marie Hahn, age 75, passed away unexpectedly on January 1, 2022 in Cornucopia, Wisconsin. Judi was a beloved mother, grandmother, great-grandmother, daughter, sister, aunt and friend to many. Judi was born on June 24, 1946 to Vernon F. Janssen & Marcella (Olson) Janssen of Beroun, Minnesota and was the oldest of eight children. Judi graduated high school from Pine City, Minnesota in 1964 and worked many years at the Sperry/Unisys Corporation in Minneapolis.

Judi was married to Gerald Duane Eggers from 1968 to 1980 and they had two children, Kendra and Kevin. Judi was married to William “Bill” Edwin Hahn from 1985 until his death in 2014. Judi and Bill lived in Colfax, Wisconsin for most of their 29 years of marriage where they shared a love of the outdoors.

In Colfax, Judi loved to read and work in her garden. Judi and Bill would also regularly travel to go boating and spend time with good friends near Cornucopia on Lake Superior. After Bill’s death, Judi moved full time to Cornucopia where she struggled with the many challenges of Parkinson’s disease. Judi loved sharing the outdoors with her grandchildren and spending time with her lake friends as much as possible.

Olson Funeral Home in Bloomer is assisting the family. Online condolences can be expressed at olsonfuenralhomebloomer.com