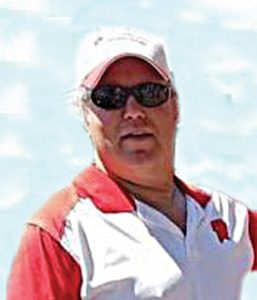 He was born August 2, 1968, at the Old Memorial Hospital in Menomonie, WI to James Dotseth and Patricia (Carlin). He grew up in Knapp on the family dairy farm and graduated from Glenwood City High School in 1987.

Brian was united in marriage with Sandra Nelson on August 15, 1991, in Menomonie, and together they lived in Boyceville until 2012. They had three children. Brian enjoyed spending his free time with family and friends, he also enjoyed riding motorcycle, driving his 656 International tractor, and cruising around in his GMC pick up trucks.

He was preceded in death by his best friend Dennis Welsch.

A Visitation will be held from 4:00 p.m. to 7:00 p.m. Thursday, December 30, 2021, at the Olson Funeral Home in Menomonie, WI, located at 615 Wilson Ave. Family and friends are welcome at the funeral home during these times to pay their respects and offer their condolences.