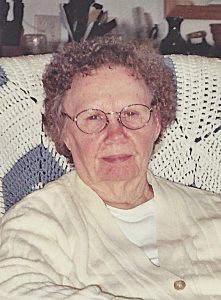 She grew up on the family farm until they moved to a farm Northwest of Knapp, WI, on Hwy Q.

Vera married Harold Dresser in August of 1941, in Stillwater, MN, they resided in the Knapp area where they raised six children.

She is further survived by nieces, nephews other relatives and friends.

Funeral services will be held at 1:30 p.m. Wednesday, December 8, 2021, at the Anderson Funeral Home in Glenwood City, WI, with Reverend Jonathan Zielske officiating. Burial will be in the Forest Hill Cemetery, Knapp, WI. Friends may call at the funeral home one hour prior to services.