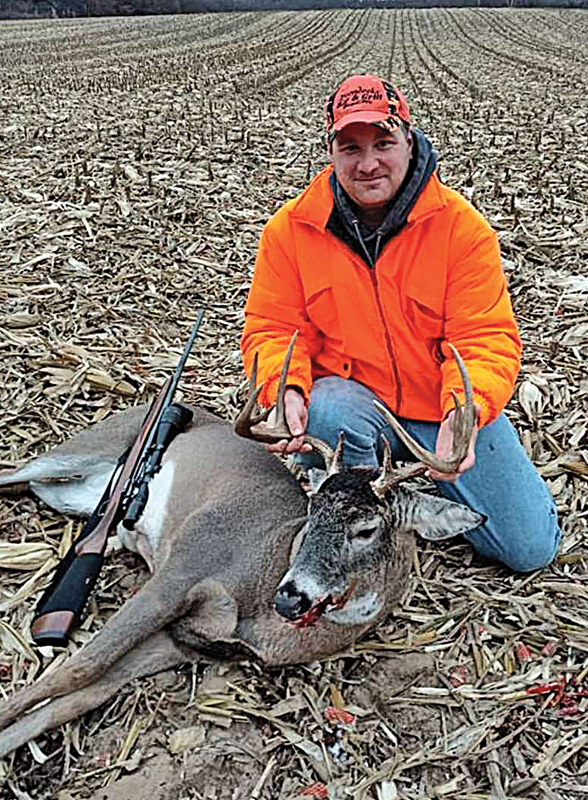 Dustin B. Berends, age 36 died on Friday November 19, 2021 at his home in rural Colfax, WI from complications related to a motorcycle accident.

Dustin was born August 17, 1985, in Menomonie, WI to Darwin and Laurel (Hintzman) Berends.

He recently moved out to the country and conversations revolved around the deer he had seen as he always carried his binoculars. He was very much an outdoors man; He was where he was the happiest.

It would be a toss-up to say if he enjoyed hunting or fishing more. He had a laid -back attitude that melded perfectly with his prankster tendencies. He was devoted father to his daughter, Lily. They shared many of laughs while fishing, camping and weekends with the grandparents.

He is preceded in by several relatives.

Dustin is survived his daughter Lily, parents Darwin and Laurel, Brother Derek (Ashley) and their children Mackenzie, Aubree and Camdyn. Brother Darrin (Marie). Grandparents Barbara Berends and Daniel Hintzman. He is further survived by many uncles, aunts, cousins’ other relatives and friends.

Mass of Christian Burial will be held at St. John the Baptist Catholic Church in Glenwood City on Monday, November 29, 2021 at 11:00 a.m. with Co celebrants Father John Long and Father Arockia Stanislaus. Interment of cremains will be in Tiffany Cemetery Boyceville, WI at a later date. Friends may call at the Anderson Funeral Home in Glenwood City on Sunday, November 28, 2021 from 3 to 8 p. m. and one-hour prior Monday at the church.