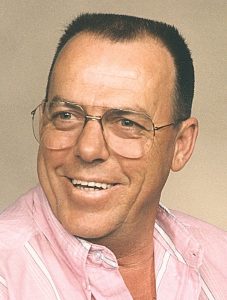 Roger was born on March 3, 1944, in Colfax WI, the son of the late Reuben and Eilene (Jones) Melgaard. He attended Colfax High School and worked on the family farm. In addition to helping on the farm, his first job was at Peter’s Processed Foods in Eau Claire as a truck mechanic. His interest grew in truck driving, so he began his career at American Materials, delivering ready mix concrete. In his early 20’s, he started his own trucking business called Sleepy Hollow, which he did for the next 30 plus years. He also spent several nights singing and playing guitar for many years with the Two Plus One band that played “Old Time Country” music in several local Wisconsin clubs. Roger eventually made his way to Florida, making it his home for over 30 years where he continued his trucking business. One of his greatest pleasures was spending time on the lakes fishing and relaxing. Roger spent the last 5 years of his life residing at the Alden Estates of Jefferson, WI.

He is preceded in death by his wife, Ailsa Melgaard; his parents; and several other beloved family members.

Funeral services will be held at 11:00 a.m. on Saturday, October 30, 2021, at Sampson Funeral Home in Colfax, WI, with his sister, Pastor Jo-Ann Wendt officiating. Visitation will begin one hour prior to the service at the funeral home. Burial will be at Evergreen Cemetery in Colfax at a later date.