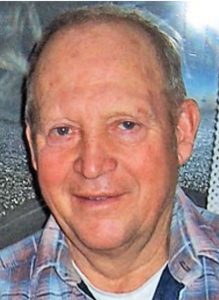 Neil was born on January 28th, 1935, in the township of New Haven, Dunn County Wisconsin on the Sam and Florence Rosen farm. He attended the Bolen Creek school and on June 1, 1957, was united in marriage to Walana (Lana) Sutliff. This 64 year union resulted in three children.

Known for being a hard laborer, through the years he had a variety of jobs including hauling milk cans, logging, construction, carpentry, block layer, and farming. Ultimately, settling down on a farm in Forest township. In his downtime he loved to hunt, fish, argue, and play cards.

Memorial service is to be held at Anderson Funeral Home in Glenwood City, WI on Saturday, October 23. With visitation being held at noon followed by a 1 p.m. service.