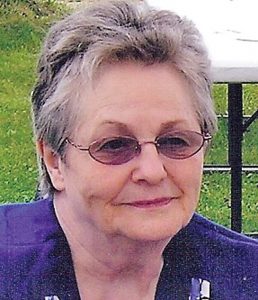 June Audrey Fitzer was born on January 13, 1933, in Emerald Township, WI, the daughter of Charles and Margaret (Henry) Knutson. She was baptized and confirmed at Holy Rosary Catholic Church in Cylon, WI, attended Oakdale rural school and graduated from Glenwood City High School in 1951.

At age 19, June spent several months recovering from polio at Sister Kenny Institute in Minneapolis, MN. She stayed in contact with her polio friends writing letters back and forth for many years after her recovery. On July 30, 1960, June was married to Robert Fitzer at Redeemer Lutheran Church in Amery, WI. Together they made their home on the family farm and raised three children, Roger, Daniel, and Roxanne. June was a homemaker on their dairy farm and a member of Grace Lutheran Church in Clear Lake for many years. She enjoyed cooking, baking, and gathering with friends, neighbors, family and her grandchildren to visit and play cards. June always had food on the table for all to share and will be sorely missed by her family and friends.

Preceding her in death was her husband, Robert Fitzer; parents, Charles and Margaret Knutson ;