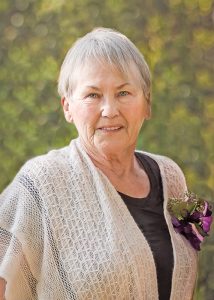 Linda Lavonne (Barstad) Schone passed away at the age of 76 at her home in Glenwood City, Wisconsin on June 29, 2021. Linda was born at Peralta Hospital in Oakland, California on February 18, 1945, to Edgar Milton Barstad and Mabel Ruth DeLong.

Her family moved from California to the Emerald/Forest area and she was baptized in Colfax, Wisconsin at the Colfax Lutheran Church on April 9, 1950. She attended the Forest Country Schools and then attended the Glenwood City School District.

On March 3, 1962, Linda was united in marriage to Roger William Schone. Linda and Roger are parents to five children, Lisa, Roger, Scott, Christopher, and Brent.

Linda stayed on the homefront taking care of the children, the home and at times the animals. She worked at the White Owl and Hennessey’s before she took employment at McMillan’s Electric in Woodville on July 10, 1978. Linda then went to work at Glenhaven in Glenwood City for a period of time as an Environmental Specialist. She then sought employment at the River Falls Hospital full-time in the area as an Environmental Specialist until her retirement in 2015 after 25 years of service. In addition, while employed at River Falls Hospital she did part-time work and assisted at the Baldwin Hospital.

She is further survived by three brothers, Roger Barstad, Tim (Margaret) Barstad, Michael (Kristin) Barstad, and sister Jayne Peterson in addition to many nieces and nephews.

Family and friends are invited for a Visitation/Remembrance of Linda’s life on Tuesday, July 13, 2021, at the Anderson Funeral Home from 5-8 p.m. at 607 1st Street, Glenwood City, Wisconsin.