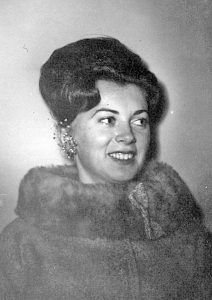 Dorothy was born April 13, 1944, at Tuveng Maternity Home, Boyceville, WI to Henry and Mary (Kuzmik) Hogenson. Dorothy was baptized and confirmed at Trinity Lutheran, Boyceville. She graduated from Boyceville High School in 1962. Dorothy moved to St. Paul after graduating. She worked for Skelly Oil Co. and International Harvestor. The last 30 years she was employed at University of MN until retiring in 2012.

She is preceded in death by her parents, sister Arlene Dobbs and sister-in-law Mary Lou Hogenson.

Services were held at Roselawn Cemetery in Roseville, MN on April 13, 2021.